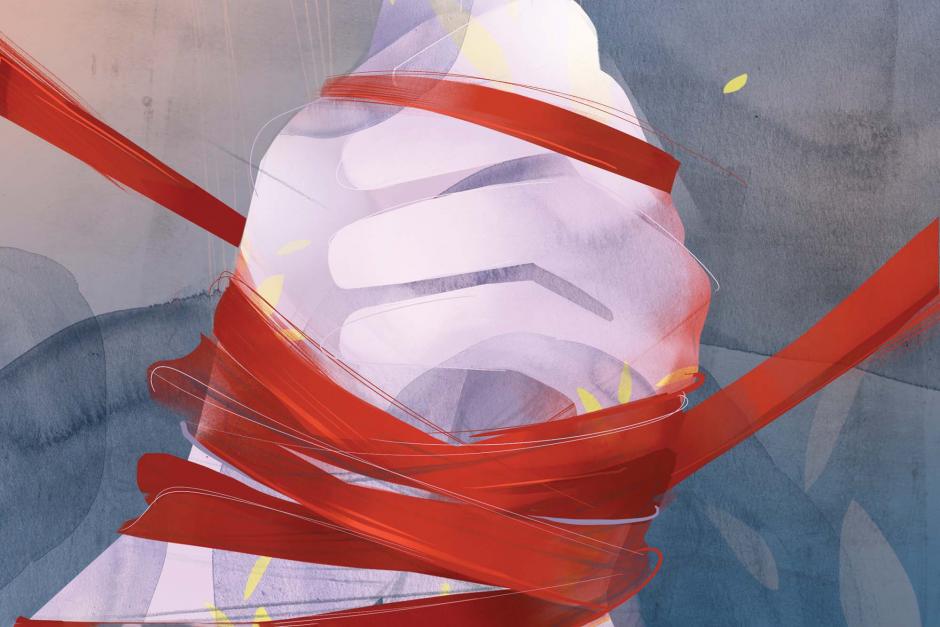 The Looming Harm of “Do No Harm”

The photo captures a time when religious freedom enjoyed overwhelming bipartisan support, before special interest groups decided to make religious freedom and RFRA a political punching bag. RFRA’s bipartisan support was reflected in its passing the Senate by a 97-3 vote, and the House by a unanimous voice vote. The coalition of organizations supporting RFRA’s passage comprised 66 organizations from across the religious and political spectrum—ranging from the Christian Legal Society and the General Conference of Seventh-day Adventists to Americans United for Separation of Church and State; from the National Association of Evangelicals to the ACLU; from the Baptist Joint Committee to the American Jewish Committee; and five dozen other organizations representing diverse religious and political ideologies.2

RFRA was Congress’s response to the Supreme Court’s 1990 ruling in Employment Division v. Smith,3 a decision that left the free exercise clause in tatters. In Smith the Court abandoned the “compelling interest” standard the government had previously been required to meet when its action violated a citizen’s religious conscience. Smith held instead that religious individuals and institutions had to obey any law that violated their religious beliefs as long as the law was neutral and generally applicable, no matter how strong the religious claim or how weak the government interest. A government interest need not be compelling—merely asserted.

As a result of the Smith decision—and as heretical as it sounds—RFRA, not the free exercise clause, has been the primary guarantor of Americans’ religious freedom at the federal level for nearly three decades.4 Since its passage, RFRA has admirably performed its job of protecting Americans of all faiths.

In recent years the Supreme Court under Chief Justice Roberts has begun to revitalize the free exercise clause, but it has not yet overruled Smith. Until that happens, RFRA remains an essential bulwark for religious freedom against federal regulation. By its terms, RFRA requires that concrete criteria protective of religious freedom be applied to any federal government action that affects religious exercise. Federal agencies must be prepared to articulate compelling governmental interests not achievable by less-restrictive means, when their actions infringe citizens’ religious freedom.

As the linchpin of religious freedom, RFRA has attracted the ire of special interest groups. Upset that RFRA might sometimes protect religious individuals and institutions from government coercion in controversies involving abortion or LGBT interests, many of the same groups that were part of the original RFRA coalition have sought to dramatically weaken RFRA. Such an attack on RFRA is an attack on the religious freedom of all Americans.

discrimination or the promotion of equal opportunity

health-care items and services (including abortions and gender transition surgeries)

Unlike RFRA, the Do No Harm Act would limit the right of religious individuals and institutions to go to court to protect their religious exercise. And it is difficult to imagine a greater harm than this to religious citizens.

Under the Do No Harm Act, whenever religious exercise comes into conflict with federal laws and regulations, the religious individual or institution who has been harmed would lose the right previously guaranteed by RFRA to challenge the law or regulation in court. For practical purposes, the Do No Harm Act predetermines the outcome: the federal government wins, and religious freedom loses.

In the early 1990s the RFRA coalition’s guiding principle was that RFRA would not choose winners and losers. Rather, all Americans of all faiths would be protected.

A number of so-called carve-outs—or exceptions—were sought during congressional deliberations before RFRA’s passage. For example, some organizations wanted a prolife carve-out regarding abortion, but the coalition rejected any exception to RFRA’s protections. The historic preservationists’ demand for a carve-out was likewise rejected. Similarly, the demand from state officials that RFRA not protect prisoners’ religious freedom met the coalition’s unwavering insistence that, like all other Americans, prisoners would be protected.

In other words, RFRA leveled the playing field for religious minorities. The Smith decision had made people of faith dependent on persuading Congress and executive agencies that their religious exercise should be exempted from conflicting federal laws and regulations. But this is an unworkable approach. Religious minorities often lack the political clout needed to obtain exemptions in legislation or regulations. By essentially layering an across-the-board religious exemption onto all federal laws and regulations, RFRA alleviated religious citizens’ dependence on legislators’ goodwill.

Crucially, RFRA’s supporters recognized that once one exception was made to RFRA, other exceptions would inevitably follow, rendering RFRA a nullity. For 28 years, therefore, Congress has resisted several attempts to create “just one carve-out” from RFRA’s protections.

The Do No Harm Act’s carve-outs would eviscerate RFRA. In many ways the Do No Harm Act represents a liberal wish list, but some conservatives also have their own list of pet government interests they think should override RFRA. The Department of Homeland Security has tried to exempt construction of a border wall. The Department of Defense has tried to exempt the military from accommodating certain religious exercises, such as the right of Orthodox Jewish and Sikh service members to wear religious headgear. The Drug Enforcement Agency has sought unsuccessfully to exempt enforcement of drug laws. If liberal and conservative demands for carve-outs are enacted, RFRA soon will cease to provide any meaningful protection for Americans’ religious freedom.

Quite simply, the Do No Harm Act is superfluous. Carve-outs to RFRA are unnecessary because by its own terms, RFRA is a balancing test. A judge balances the government’s interest against the individual’s or institution’s religious interest. If the government’s interest is compelling and furthered by the least-restrictive means, then the religious claimant loses. Therefore, wholesale exemptions to RFRA are not needed, because RFRA itself contemplates that RFRA claims will not always prevail.

And they don’t. While the RFRA standard gives religious freedom significant reinforcement, RFRA claimants more often than not lose in court, illustrating why the Do No Harm Act is a “solution in search of a problem.”6 RFRA’s “sensible balancing test,”7 by which a judge balances religious interests and governmental interests in a specific factual context, after hearing all parties, is far superior to the Do No Harm Act’s categorical and callous denial of religious accommodations.

Indeed, RFRA’s most important function may be that it equalizes the bargaining power between government officials and religious individuals and institutions. Without RFRA, federal officials have no duty to consider even a modest request for a religious accommodation. But RFRA incentivizes federal officials to at least meet with religious individuals or institutions, hear their stories, and work with them to arrive at an accommodation that respects religious freedom while achieving the government’s interest.

Unfortunately, too many members of Congress are misinformed about the real harm that passage of the Do No Harm Act would inflict on all Americans’ religious freedom. In the preceding Congress, H.R. 1450 garnered 215 cosponsors in the House, and its Senate counterpart, S. 593, gained 33 cosponsors.8 In this Congress, H.R. 1378 and S. 2752 currently have 140 cosponsors and 31 cosponsors, respectively.9 To date, only Democrats and Independents have cosponsored the Do No Harm Act.

7 Gonzales v. O Centro Espírita Beneficente União do Vegetal, 546 U.S. 418, 439 (2006) (In RFRA, “Congress has determined that courts should strike sensible balances, pursuant to a compelling interest test that requires the Government to address the particular practice at issue.”).