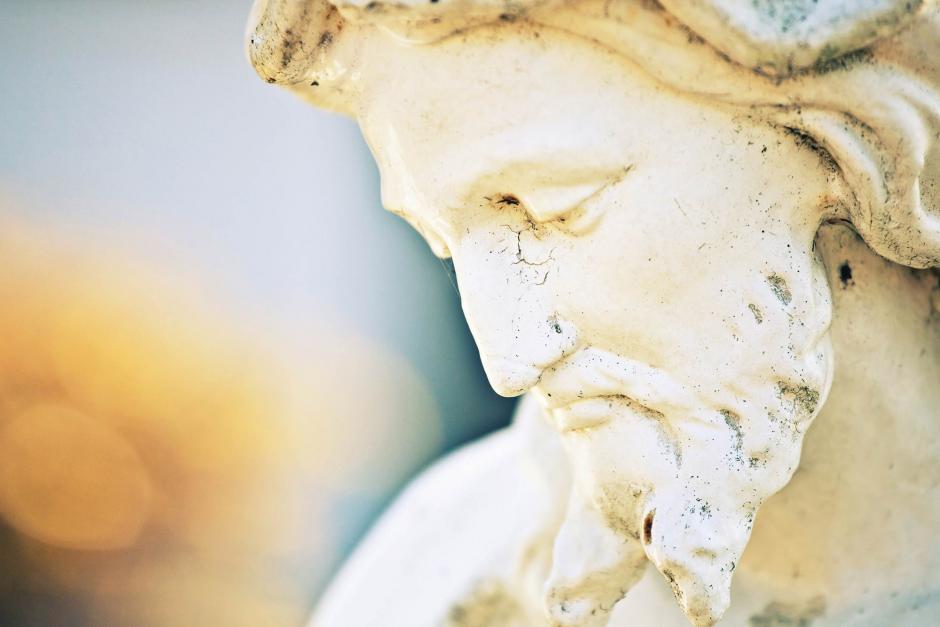 We live in dangerous times. It is especially dangerous if you happen to be a statue. That is because statues all over America are being torn down. In early 2020 the city of Columbus, Ohio, removed a statue of Christopher Columbus that was located in front of City Hall. This statue was installed in 1955 as a celebration of Columbus’ voyages to the Americas. However, some people no longer see Columbus as a hero. Instead, they view him only as an imperialist whose exploration and discovery of North America led to genocide. This revisionist portrayal of Columbus as a villain seems to have found favor among those in charge of the city of Columbus. That is the only explanation for why they would remove a statue of the man for whom their city was named.

That wasn’t the first or only statue to be torn down that year. Earlier in the summer, protesters in Portland, Oregon, tore down a statue of George Washington. This happened around the same time that the statues of Jefferson Davis, John C. Calhoun, and Stonewall Jackson were removed from cities across the South. Statue removal became a very popular activity in 2020, and it even happened right here in my hometown of Las Vegas, Nevada. Back in June the University of Nevada at Las Vegas took down the statue of their mascot, Hey Reb. They took down his statue because some people claimed that he was a Confederate soldier. So in that regard, Hey Reb’s removal is consistent with the fact that most of the statues that have been torn down are images of men who were either slave owners or supporters of the Confederacy. Their statues are swiftly being removed all across America. Soon there will not be any statues of slave owners or Confederate soldiers standing anywhere in America. But even after that happens, the anti-statue movement, which is fueled by the flames of political correctness, will not be finished. No, they will simply find a new target. And their new target might well be religiouis icons. The anti-statue movement, which is trying to force political correctness down our throats, will perhaps end up tearing down statues of Jesus Christ. They might even go so far as to demand that churches remove any images of Jesus Christ. After all, iconoclastics did so in the not-so-distant past!

Why might self-appointed arbitrators of political correctness embark on a mission to remove Jesus and His image from our society and culture? Well, it is because, just as in the early days of Christianity, many find Jesus Christ to be offensive. Jesus Christ does not fit the narrative that is being pawned off by the purveyors of political correctness. You see, Jesus said He is the only path to God, and in today’s environment, it is not politically correct to say something like that. It is not politically correct to say that Jesus is that only path to God. Nowadays, if you do not want to offend anyone, then the safe thing to say is that all religions offer an equal path to God. That certainly does sound nice. And it does sound very inclusive. But it is NOT what Jesus said. Jesus said there is only one path to God, and that is through Him. That is what Jesus was talking about when He said, “I am the way, and the truth, and the life. No one comes to the Father except through me” (John 14:6, NRSV).*

So our society isn’t the first place where people are offended by the idea that Jesus is the only way to God. No, this stuff has been going on for a very long time. Today we have a lot of different religions to choose from, and the truth is that other religions do indeed offer some benefits, but those benefits extend only to life in this world. You see, other religions can show you how to find inner peace in this world. Other religions can help you to find happiness in this world. Other religions can teach you how to be a better person in this world. But none of those other religions can assure you of eternal life. That is because no matter how good a person you are, and no matter how many good things you do, you will never be good enough to enter the eternal kingdom of God on your own. That is because the kingdom of God is a holy place that is completely devoid of sin. As long as you have even just one unforgiven sin, you cannot enter the kingdom of God. The only way you can enter God’s eternal kingdom is by being fully cleansed of all your sins. That is exactly what Jesus did; Jesus cleansed you of your sins. That is also the reason Jesus came into this world. Jesus Christ, the Son of God, came into this world, and died on a cross, so He could offer Himself as the sacrifice for our sins. So if you accept Jesus’ sacrifice, then you will be cleansed of your sins. You will be forgiven of all your sins. You will then be worthy of entering God’s eternal kingdom after you leave this world.

Christians do indeed hold that Jesus Christ is the only way to God. That is the truth for us. And sometimes the truth bothers others when they hear it. There will always be some people who find the truth to be uncomfortable. There will always be some people who are offended by the truth. But the truth needs to be heard. And it is up to Christ’s followers to spread the truth about Jesus to the rest of the world. Remember, before Jesus ascended back to heaven, He left His followers with just one command, and that was to share His message with the rest of the world. Therefore, those of us who profess to be followers of Christ must never be afraid to proclaim that Jesus Christ is the only pathway to God, no matter how unpopular that message may appear to be.

Our society is filled with individuals and organizations that harbor a disdain for Jesus Christ. They will use any opportunity or excuse to censor Jesus’ message, and in today’s racially charged climate, they are now playing the race card against Jesus Christ. It is true that some people in the past did try to use Jesus to justify White European supremacy. However, Jesus was not a White European. Jesus was a descendant of Abraham, who came from a tribe of people living in what is now present-day Iraq.

What is happening here is that some anti-Christian radicals are now using race as an excuse to remove Jesus from our culture. We must not support the removal of ANY Jesus statues. It doesn’t matter if the statue depicts Jesus as being White, Brown, or some other color. The truth is that Jesus’ skin tone is not important, and we must not allow anyone to try and use Jesus’ skin color as an excuse to remove Him, or His image, from anywhere in our society.

*Bible texts credited to NRSV are from the New Revised Standard Version of the Bible, copyright © 1989 by the Division of Christian Education of the National Council of the Churches of Christ in the U.S.A. Used by permission.

This magazine does uphold Jesus as the Lord Jesus Christ, the incarnate Son of the Creator–
God. Actually, because of that, we are motivated to proclaim to all men and women that the Creator God in His kindness toward us has given us the ability to choose and, usually, the desire to worship. In forcefully defending religious liberty for all, no matter what viewpoint others may settle on, we are honoring God. And we must insist that civil powers and secular thinking have no rights to take away the God-given: as Jefferson recognized in the Declaration of Independence. A cruel misrepresentation of Jesus was on display during the January 6 riot in the nation’s capital. Christian symbols were seen alongside a variety of hateful images; and prayers were offered by these self-styled revolutionaries in the legislative chamber itself. They could not have understood Jesus’ words “My kingdom is not of this world.”