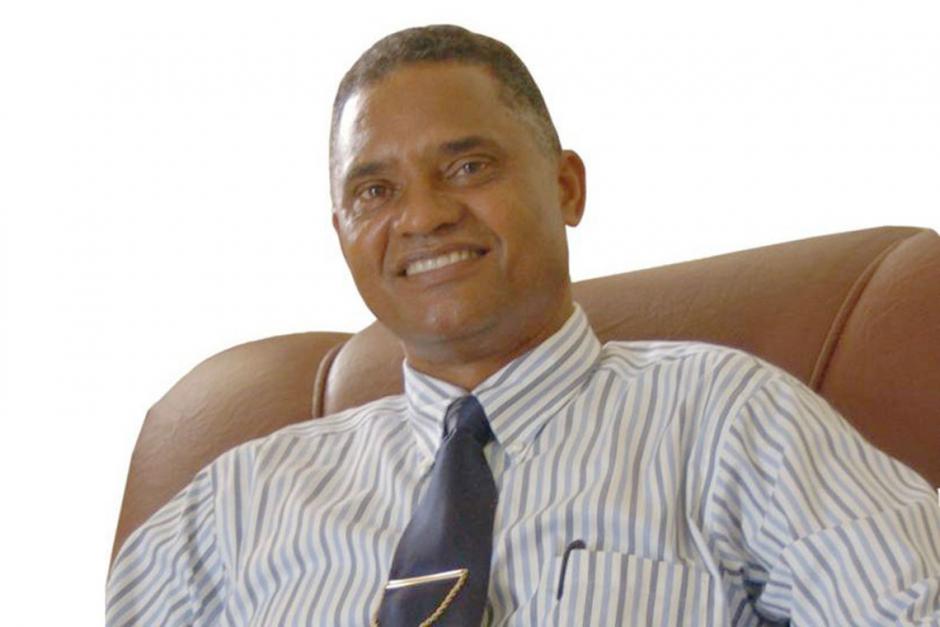 The Nightmare of Detention

One of the worst nightmares would have to be detention in an overcrowded prison without knowing why or for how long. You might have done nothing wrong, but you are treated like a murderer. You know yourself to be innocent, but someone made a mistake. Who? Why?

Now imagine that the country in which you have been arrested has a less than impartial judicial system. In the past, judges have often been influenced by the wishes of politicians. To make your nightmare worse, the prison is seriously overcrowded. A prison that has a normal capacity of 600 prisoners, instead houses more than 1,800.

The first night you sleep in a cell with 80 men. The food is inedible, the unsanitary environment is almost beyond description. As a result, the prison is referred to as “the mourner.” In the past four months15 people have died just because of the poor living conditions.

You might think that this scenario is just the stuff of a bad dream; that reality might be different and a little more amenable.

Unfortunately for Pastor Antonio Monteiro and his fellow Seventh-day Adventist church member Mr. Bruno Amah, this nightmare is a reality. They have been in such a prison in Lomé, Togo, under such conditions, since March 15, 2012.

What happened to them? What kind of event turned their lives, the lives of their loved ones, and the life of their community upside down?

A year or more ago, in the region of Agouenyive in Togo, a number of young women disappeared. We don’t know how many—maybe 18 or 20. Rumors spread about their fate, and people became very concerned and afraid for their own security. They asked, “What are the police doing to protect our daughters? Why hasn’t anyone been arrested?”

Rumors were amplified to include stories about human blood trafficking and secret ceremonies performed by cults with the participation of high-ranking officials. There were rumors and more rumors. In a country in which the leadership faces strong opposition and in which election results always raise questions, rumors may bring political troubles and demonstrations.

I can imagine the many questions that were asked. “What is going on?” “Why have the criminals not been arrested?” Ultimatums may have been given to those in charge of public security. Then three women’s bodies were discovered. Photos were published, but there was no forensic investigation.

The police needed to show that they were effective. They arrested a former prisoner, Simliya Kpatcha. During his stay in prison Simliya had studied the Bible with an Adventist pastor and been baptized. When he was released from the prison, he visited several people who might help him find a job or get some money. He went to the Adventist union headquarters in Lomé and was received by Pastor Monteiro. The pastor is a missionary from Cape Verde and has been working in Togo for several years. He has served the church as department director in the territories of the Sahel Union Mission, part of the West-Central Africa Division of the Seventh-day Adventist Church.

On the day Simliya Kpatcha visited the union office, Pastor Monteiro was not traveling, so he was the one who tried to see how they could help him. Bruno Amah, a church member and director of the State Company of Mobile, also tried to help.

Later on, Simliya Kpatcha was arrested again. He said he was involved in the crimes against the women. He said his role was to lure young women who sold goods on the street into a certain field. There other people strangled them and took their blood. According to Monteiro’s lawyer, Kpatcha was then forced by the police to give names of the murderers and his accomplices.

Experts in charge of this case have confirmed the psychological instability of the accuser. They also believe, according to Pastor Guy Roger, the Sahel Union President, that the story Kpatcha told is the product of his imagination. He has a troubled history, and his report contains contradictions.

But the way the authorities proceeded was very surprising. The police presented the accuser to the media. When he told his story, he accused Monteiro and Amah. Pastor Monteiro was described as the mastermind of this human blood trafficking. In fact, one could say the police organized a press conference to validate the testimony of a multirecidivist. They gave no chance for the accused to defend themselves in the presence of the media. Pastor Guy Roger described this presentation as mise en scène surréaliste, or surreal staging.

On March 16, the police orchestrated a raid, with the presence of the media, on Monteiro’s house and on his office at the church headquarters. They also went to Bruno Amah’s church. The raid was on the TV news and it made the headlines of the main newspapers. According to Pastor Guy Roger, it was a media lynching. Adventists in Lomé did not understand why the police were trying to find human blood in their church.

Adventists have been in Togo for many decades. Portraying some religious minorities as blood drinkers is not new there and has happened elsewhere. However, the church is known for its good works and consistent Christian witness. Unsurprisingly, police did not find any blood or any evidence of the culpability of Monteiro or Amah. However, the accused were treated like criminals and spent 14 days naked in the Anti-Gang Station before being transferred to the civil prison in Lomé.

They are still in prison. No proof has been given of their guilt, and no further investigation has been done. It seems that everyone believes they are not guilty, but only the political powers can make a decision. One of the major concerns of their lawyers is that sending them to the court would mean that they could stay in detention for years without being judged. This is a way used to keep people in prison. The question most people ask is: Why are the authorities refusing a fair investigation? What does this supposed traffic of human blood hide?

Visits to the Prison

Those readers of Liberty who are accustomed to court cases may be confused by my description of this case. To understand it ourselves, we needed to go to Togo and spend time getting information and meeting lawyers and officials. With Attorney Todd McFarland I spent seven days in Lomé. Pastor Guy Roger, who has fought from the beginning to obtain justice for his employee, received us.

My first visit inside the prison was a real shock. It is very overcrowded, and there is no hygiene. Prisoners frequently die of illness. But, contrary to the prisons in the United States or Europe, there is a kind of freedom inside the prison. The prisoners are in charge.

I went with a group of Adventists and a pastor who regularly visits the prison to give Bible studies and preach. In the courtyard the Christians have their space and the Muslims have theirs. There is no religious war in that courtyard. When I entered, the Pentecostals were having their service. The voice of the preacher, and the “amens” and “alleluias,” were strong enough to open all the gates. I did not feel any hostility from the prisoners. When Monteiro and Amah came to join us, I saw that the prisoners had respect for them.

Monteiro said to me that he preaches the gospel and gives Bible studies. As is the case with all of the prisoners, he is concerned about becoming sick. He knows that it could be fatal. I have read that the prison has a capacity of 600 but that there are 1,800–2,000, and 60 percent of them have not been charged. Half of them don’t know why they are there. Those who have no lawyers and no one to plead their case may spend years there, totally forgotten and lost in the system.

What Can We Do?

The arrest of Pastor Monteiro and Bruno Amah has been very traumatic for the small Adventist community in Togo. Even if the authorities say that they see no link between the church and this case, their initial actions proved the contrary. For a few days the church was targeted by the media and the police. Its leaders who went to the police station to ask for information were unable to leave the building for several hours, and their cars were blocked.

Pastor Guy Roger gave a press conference at which he declared that the Adventist Church has never been involved in any secret ceremonies that might use and involve the drinking of human blood. He vigorously denounced the way the church was treated by the police and the media.

But in spite of that public cloud, during the first seven months we all hoped that a decision would be made and the case dismissed. When we arrived in Lomé on Thursday, September 6, we were told that “the prisoners will be free next Monday.” Then it was “next Friday.” Nothing happened.

We have met with the appropriate ambassadors, and contacted the office of the president of the country. We hoped that a visit of the Adventist world church president to Lomé would help. He met with the two prisoners, but no officials were willing to receive him. When he came back to the church world headquarters in Washington, D.C., Adventist Church president Ted Wilson launched December 1 as a day of prayer and fasting for all Adventist churches around the world. Millions of people learned about the case and prayed for the two prisoners.

I have been asked to lead a working group on this case. We will alert the whole world if necessary. But after hoping for so long that justice might be done, now the time has come to show our solidarity and speak to a wider audience. Letters will of course be sent to the president of Togo and to the prisoners. They will become the symbols of a dysfunctional justice system and of victims of prejudice all around the globe.

I have to confess that visiting Monteiro and Amah in the prison of Lomé opened my eyes to a sad reality. The lives of honest people and their families can be destroyed in a few days by those who should protect them. Prejudice and ignorance can so easily be invoked to raise public anger.