The Point of Vanishing Interest 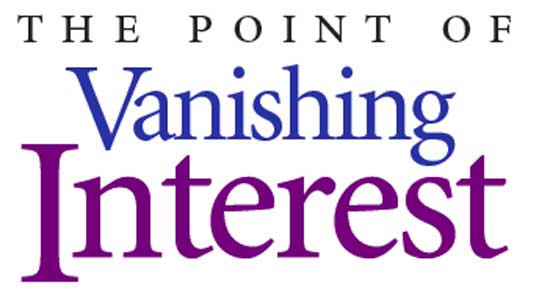 Oh, I admit it—my sense of humor sometimes runs to the ironic. And I blame my Australian origins for sometimes getting pleasure out of sarcasm (my wife keeps me in line here; she's always telling me that humor does not work that way in the United States). But all of that said I keep going back to a book of humor I picked up in a used bookstore years ago. It's called "Parkinson's Law, and Other Studies in Administration" and I note it was first printed in England in the 1950s. I always get a laugh out of reading it, but such is its humor, I can never be quite sure when it is trying to be funny or merely creating humor from the absurdities of everyday things.

That said, I want to pass on a summary of its chapter titled "High Finance—or The Point of Vanishing Interest." 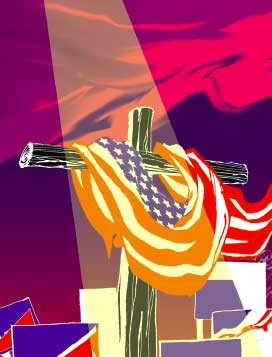 "People who understand high finance," author Parkinson observes, "are of two kinds: those who have vast fortunes of their own and those who have nothing at all. . . .But the world is full of people who fall between these two categories, knowing nothing of millions but well accustomed to think in thousands, and it is of these that finance committees are mostly composed. The result is a phenomenon that has been observed but never yet investigated. It might be termed the Law of Triviality. Briefly stated, it means that the time spent on any item of the agenda will be in inverse proportion to the sum involved.

Hint here: I intend to comment on the Hein vs Freedom from Religion Foundation case.

The author goes on to outline a typical board meeting:

First item: New Atomic Reactor. Treasurer briefly outlines the engineering report and the cost of $10,000,000. Most of the committee has no real knowledge of reactors. Two do. The first questions the choice of contractors and is told it is late in the day to deal with that. The other distrusts the round figure, questions the overly large contingency fund, and knows something troubling about the firm hired for the job. But he would have to begin by explaining what a reactor is to the unknowing committee members. He decides on a no comment.

In two and a half minutes the item is passed.

Next item: bicycle shed for the clerical staff--$2350.

Now a sum of $2350 is within everyone's comprehension. And everyone can envision a bicycle shed.

An acrimonious debate follows over the sum of money, the type of roofing material, the need for a shed at all. Forty five minutes later it is approved for $2050—a saving of $300. Committee self-satisfied.

The author then notes that debates get longer down to $50 and abruptly shorten at $20. He muses about whether even smaller items will take longer to approve; concluding that there must be a "point of vanishing interest. "He guesses (obvious irony here) that point must be "the sum the individual committee member is willing to lose on a bet or subscribe to charity."

I enjoy reading the book. I don't get any pleasure from observing such human foibles worked out in front of me in public life.

Liberty magazine exists to promote Religious Liberty as a Divine Principle. To that end we appeal to the best laws of man to uphold the right of all to worship freely. The United States Constitution claims to recognize such inalienable rights, and the history of the Republic shows pursuit of high ideals of civil and religious freedom.

How can we keep silent as basic principles are fading; even as there is glib talk about protecting our way of life?

What I see in regards to religious liberty is this same inversion of priorities. There is much celebration of the little freedoms and daily exceptions but a blithe acceptance of the most far-reaching changes and abridgments of liberty.

Take the Hein case. In this issue of Liberty there are two well written articles treating on the recent decision of the Supreme Court. The article by Alan Reinach tries to cry alarm and warn of worse to come. The article by Richard Garnett is logical and calm. He explains correctly that the challenge to the White House Faith Based initiative was dismissed because the court denied standing to the Freedom from Religion Foundation. I can see why they denied standing (after all, it would be a lynching offence for the Justices to give way to an organizatoin dedicated to eradicating any public expression of religion. And equally unthinkable to the current trend would be a retreat on the Unitary theory of power.) But is that all there is here?

Let's cut to the chase. We're not talking about any old bicycle shed. We are really talking about the dismantling of the entire church state compact envisaged by Protestants in the New World. Indeed we are on the cusp of a total rethinking of the "we the people" model. We are sliding the rods into the most reactive situation and it gets little more than murmurs from most. I believe it's time for more than the two and a half minute nod here.

I know we live post 9/11. I absolutely believe the West is facing an existential threat to its dominance from both third world factory floor and radical mosque. And I hear the daily mantra for the need to balance freedom and security (a mantra, by the way, that forgets the type of security totalitarian systems provide). But I remember how the Faith Based Initiative began.

FBI was the single boldest step ever taken to challenge First Amendment assumptions about separation of church and state. It was not done innocently. It was done specifically to fund and empower churches. Once upon a time that was called Establishment of religion. James Madison and his peers were rather emphatic about that.

Adding to the effrontery of this landmark challenge was THE BIG LIE. The big lie has it that religion is losing out to secular humanism. The big lie is that Christian America is disempowered. Jerry Falwell and D. James Kennedy went to their graves knowing that the Christian empowerment movement had succeeded in shaping the contemporary political landscape! As we go into the 2008 election season religion talk by candidates is as expected as baby kissing. Everywhere religious forces are challenging opposing views on origins, immigration, foreign policy and even movies and video games. Listen to shortwave radio or read the foreign press and you'll find uniform amazement at the degree of empowerment of religious factions here. (Correction. Strike "amazement" and substitute "fear" or "horror"—words we might apply to the rise of Islamic fundamentalism in the Middle East.)

At the risk of too much repetition I will re-state my analysis of religion in America today. It echoes a line from the Bible that speaks of "having a form of religion, but lacking the power thereof." It is not political empowerment that Christian America lacks. It is true spiritual power and integrity.

Are we really at the point of vanishing interest? God help us if, as at seems, we are. 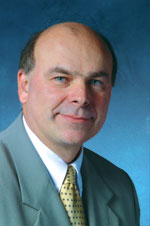