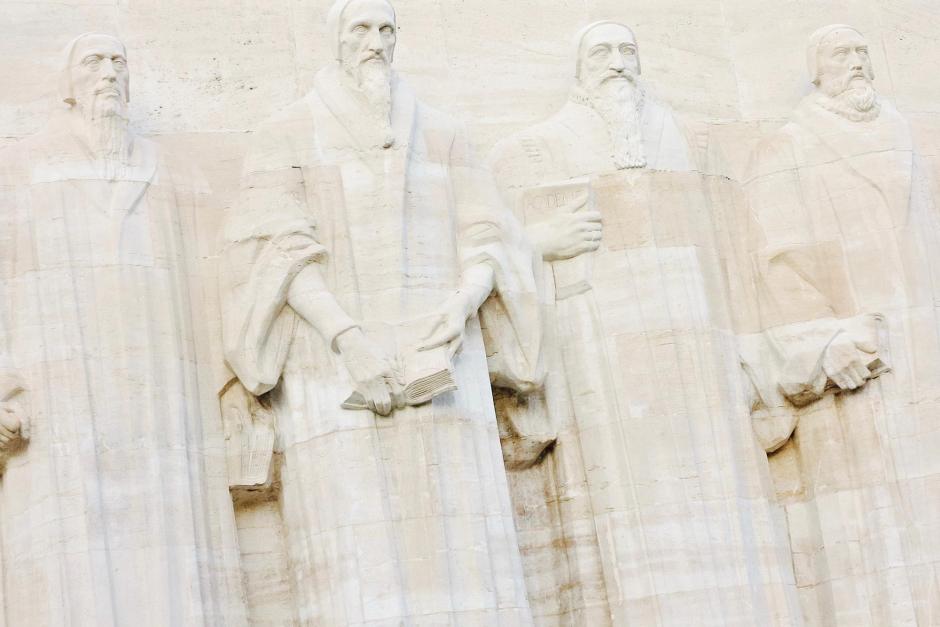 The Protestant Reformation and Freedom of Conscience

This year we celebrate 500 years of the Protestant Reformation. On October 31, 1517, the then Augustinian monk, priest, and teacher Martin Luther nailed, at the door of a church in Wittenberg, Germany, a document with 95 theses on salvation, that is, basically, the way people are led by the Christian God to heaven. Luther was scandalized by the sale of indulgences by the Roman Catholic Church, believing that this practice did not correspond to biblical teaching. Luther understood that salvation was given only by faith. The Catholic Church understood that salvation was a combination of faith and works.

The practice of nailing a document at the door of the church was not uncommon, and Luther’s intention was to hold an academic debate on the subject. However, Luther’s ideas found many sympathizers, and a widespread protestant movement within the Roman Catholic Church was quickly initiated. Over the years other leaders such as Ulrich Zwingli and John Calvin joined Luther.

However, the main leaders of the Roman Catholic Church did not agree with the Reformers’ point of view, and so the Christian church in the West was divided into several groups: Lutherans, Anglicans, Reformed, Anabaptists, later followed by Methodists, Pentecostals, and many others. In short, the Christian church in the West has never been the same.

The Protestant Reformation was obviously a movement of great importance in world religious history. I also believe that few would disagree with its importance in the broader context of history, especially Western history. To mention just one example, Max Weber’s thesis that Protestantism (especially Calvinism, and more precisely Puritanism) was a key factor in the development of what he called modern capitalism is very accepted, or at least enthusiastically debated. But I would like to briefly address here another impact of the Protestant Reformation on world history: the development of freedom of conscience.

Simply put (but, I believe, not oversimplifying), after the fall of the Roman Empire and until the sixteenth century, Europe knew only one religion, Christianity, in only one variety: Roman Catholic Christianity. It is true that much of the paganism of the barbarians survived through the centuries, that Muslims occupied parts of Europe (mainly the Iberian Peninsula), and that other varieties of Christianity were practiced in parts of Europe (mainly Russia and Greece). But besides that, the history of Christianity was a tale of an ever-increasing concentration of political and ecclesiastical power in Rome, as well as an ever-widening intersection of priests, bishops, kings, and nobles. In short, Rome became increasingly central, and the distinction between church and state became increasingly difficult to observe in practice.

One of the legacies of the Protestant Reformation was precisely the debate about the relationship between church and state. With a multiplicity of churches and strengthening nationalisms, the model of a unified Christianity was never possible again.

Of course, this loss of unity in Christendom caused melancholy and nostalgia among some, especially Roman Catholics. But one of its gains was the growth of the individual’s space in the world. This was not a sudden process, but slowly but surely it became clear that religious convictions could no longer be imposed on individuals. Especially in England, where the Anglican Church stood midway between Rome and Wittenberg (or Rome and Geneva), many groups emerged on the margins of the state church: Presbyterians, Baptists, Congregationalists, Quakers, and so on. These groups accepted the challenge of being treated as second-class citizens but maintaining their personal convictions. Something similar can be said about Roman Catholics in England, who began to live on the fringes of society. The new relationship between church and state in England was a point of discussion for many of the most important political philosophers of modernity: Thomas Hobbes, John Locke, Edmund Burke, and others. To disregard this aspect is to lose sight of one of the most important points of the debate in which these thinkers were involved.

The Westminster Confession of Faith, one of the most important documents produced in the period of the Protestant Reformation, has a chapter entitled “Of Christian Liberty, and Liberty of Conscience.” Of course, there are issues in this chapter that may sound very strange to those who are not Christians or who are not involved in Christian churches. However, one point is immediately understandable to all: being a Christian is a matter of intimate forum. No one can be compelled to be a Christian. At best this obligation would produce only external adhesion. Intimate adherence could never be satisfactorily verified.

Between Luther and the Westminster Assembly we had many notable events. For instance, the Augsburg Peace of 1555, which had already granted some level of religious freedom to Catholics and Lutherans in Germany. It was not a perfect agreement, so much so that it couldn’t avoid the Thirty Years’ War (1618-1648), ended by the Peace of Westphalia. This peace agreement took religious liberty to a new level. Very important: no Protestant Reformation, no Thirty Years’ War, no Peace of Westphalia, no international relations as we know today. I could add no secular states and no religious freedom and freedom of conscience as we know today. We also had the English Reformation, with the Puritan Reformation in between. From England to the other side of the Atlantic the story was even more interesting, with Puritans and nonconformists seeking a place where they could exercise their religion freely.

I’d like to remember also that one of the mottoes of the Reformation was “Ecclesia semper reformanda est” (“the church must always be reformed”). There is a classical period of the Reformation, stretching from the sixteenth to the seventeenth century, or from Luther’s 95 theses to the Westminster Standards. But the Reformed (or more broadly, Protestant) churches didn’t stop there. We still have important developments in Protestant theology in the following centuries, and even today. Maybe John Calvin and Martin Luther are not the best way to look for a broader version of freedom of conscience. But the religious movement they helped to start, building on their foundations, helped more than anything I can think of to establish what we know today as freedom of conscience. I could mention John Wesley in England. But I could just as well mention William Penn, Roger Williams, and many others. William Penn, a Quaker, founded Pennsylvania, to where many people (Catholics included) fled in search of freedom of conscience. Roger Williams, a Baptist, was the original source for the concept of “wall of separation” between church and state, which years later, in 1802, Thomas Jefferson would quote in a letter to the Danbury Baptist Association.

Very few changes in history are clear-cut. It is also pretty tricky to identify causality in history. But I believe that, as far as we can go with that, the Protestant Reformation was a major changing point to what we have today as freedom of conscience, a freedom as basic as one can get in a classic liberal society.

Sometime after the classical Reformation period, a new renewal religious movement occurred in England with the birth of Methodism. But its main leaders, John Wesley and George Whitefield, disagreed about salvation in a way not so different from what had previously occurred between Luther and the Roman Catholic Church. However, this time there was no excommunication, inquisition, or wars. Wesley simply told Whitefield, “Let’s agree to disagree.”

Agreeing to disagree is one of the great legacies of the Protestant Reformation. May we always try to convince each other by force of argument, not by force of arms. And may we always realize that each one has the right to decide for themselves, with freedom of conscience, which seems to be the best way forward.

Bruno Goncalves Rosi is assistant professor at Candido Mendes University, Rio de Janiero, Brazil. He has a Ph.D. in political science and is an avid historian.