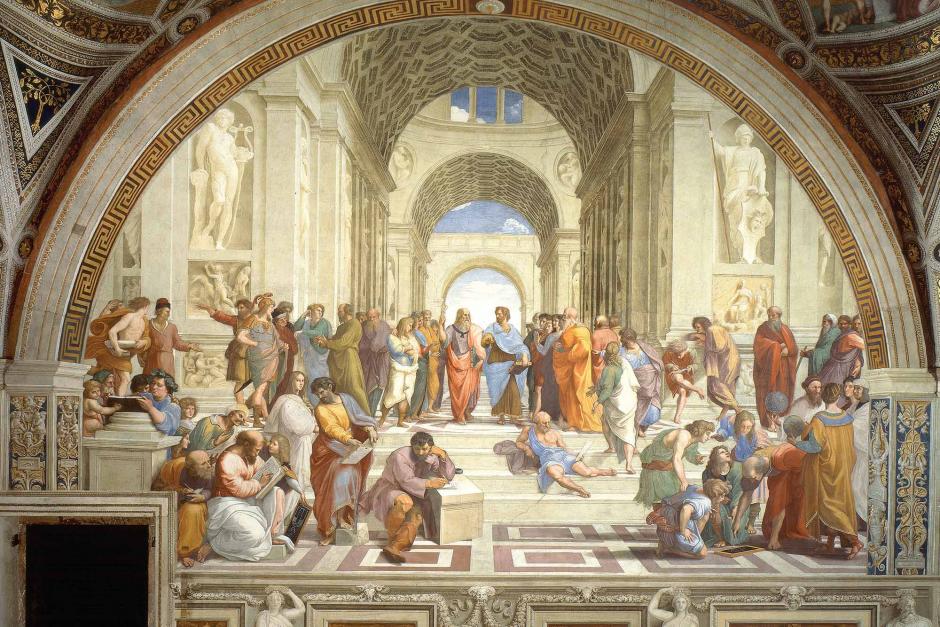 The Reformation: An Apocalyptic Perspective

Friedrich Nietzsche (1844-1900), the self-described antichrist and disciple of the Greek god Dionysus, is undeniably one of Christianity’s bitterest philosophical enemies. Yet ironically, in numbers 60 and 61 of The Antichrist (1888), he eulogized the Renaissance Papacy and bitterly condemned Martin Luther’s break with Rome.1 Inadvertently, however, the eulogy reveals the pagan essence of medieval Christianity; and why, from a biblical perspective, the Protestant Reformation was absolutely and urgently necessary.

Medieval Christianity was a synthesis of Greco-Roman tradition and Judeo-Christian Scriptures. Under the tutelage of the medieval Papacy, this synthesis flowered into the Renaissance in the fourteenth and fifteenth centuries. Described by contemporary writers as a “revival,” “rebirth,” “restoration” of classical learning and wisdom, the Renaissance was a diverse and complex literary and artistic movement. One of its salient features was magic and astrology, involving witchcraft, traffic with demons, dark arts and the occult, all amounting to an all-embracing enchanted worldview.

To be sure, magic was pervasive in the Middle Ages, but it was during the Italian Renaissance, as Charles G. Nauert rightly noted, that “magic stepped forth into the light of day as a central element of culture. . . . It was the Renaissance, not earlier or later ages, which gave rise to the legend of the arch-magician, Faust.”2 Indeed, the celebrated self-conscious, autonomous, and ambitious individualism of the Italian Renaissance was inspired by magic. Through it, as believed, one could acquire absolute knowledge and power to master nature and one’s destiny, attain fame and glory, and become godlike.

Here, it is very revealing that the Hermetic magical texts that inspired these heaven-storming passions explicitly echo the serpent’s lie “you will be like God” (Genesis 3:5, NKJV).3 We read: “make yourself equal to God”; “grow to a greatness beyond measure . . . ; raise yourself above all time, become Eternity.”4 In Italy, as the celebrated Swiss historian Jacob Burckhardt noted, “we see with frightful evidence a boundless ambition and thirst for greatness, independent of all means and consequences.” And “the motive,” he added, “is not a mere extreme case of ordinary vanity, but something demonic, involving the surrender of the will, the use of any means, however atrocious.”5

Society does not reach this extremity naturally. It starts with moral sophistry. Evil must be rationalized, especially by spiritual leaders. This was the case with Renaissance Italy. The church sanctified evil. “We Italians,” wrote Machiavelli (1469-1527), “are irreligious and corrupt above others, because the church and its representatives set us the worst example.”6 According to Alister E. McGrath, “Renaissance popes . . . managed between them to achieve a hitherto unprecedented level of avarice, venality, immorality and spectacularly unsuccessful power politics.”7

The spiritual failure of the church, the moral vacuum it created, led such Renaissance humanists as Petrarch to turn to antiquity for moral and cultural renewal. Focusing on Roman models, they sought to “combine Christian piety with Roman virtue under the rubric of Platonism.” But “they were pulled increasingly toward a heroic and ultimately Promethean individualism that required an ever-greater emphasis on a Neoplatonic interpretation of Christianity that deemphasized the Fall.”8 That this doctrinal deformation did not raise the ire of the clerical hierarchy quick to persecute heretics goes to show how for all their claims of originality, Renaissance humanists did not break with medieval Christianity. In fact, humanism coexisted with scholasticism. The difference is that it deepened the pagan side of medieval Christianity.

To be sure, the popes themselves were enthusiastic patrons of the Renaissance; and “famous Humanists competed for posts as papal secretaries, and eventually colonized the entire papal bureaucracy.”9 Most significant was how popes blithely embraced the religio-magical elements in classical literature and art. Renaissance popes up to Pope Urban VIII in 1628 employed astrologers; and Pope Leo X (1475-1521), at the helm during the Reformation, even established a chair of astrology at Sapienza. Again, in the Sistine Chapel ceiling, the pagan sibyls was painted alongside Bible prophets; and the zodiac, the constellations, and astral gods prominently decorated the Vatican. This embrace of pagan icons and astrological symbolism, as Jean Seznec brilliantly showed, ensured the survival of the pagan gods.10

That they survived under the tutelage of the Papacy is what greatly excited Nietzsche. It represented an “attack at the decisive point, in the very seat of Christianity,” as he gleefully put it. And “there seems to be at work in it an art so divine, so diabolically divine . . . ; I behold a spectacle at once so meaningful and so strangely paradoxical it would have given all the gods of Olympus an opportunity for an immortal roar of laughter—Cesare Borgia as Pope. . . . Very well, that would have been a victory of the only sort I desire today: Christianity would thereby have been abolished!”11 Interestingly, Giovanni Boccaccio (1313-1375) made an identical remark: The clergy, he wrote, “are trying with all their talent and skill at their disposal to destroy the Christian religion and drive it from the face of the earth.”12 But then, “What happened?” mourned Nietzsche, “A German monk, Luther, went to Rome.”13

The “strange paradox” that Nietzsche saw, of pagan gods ascendant “in the very seat of Christianity,” has been completely overlooked in Reformation narratives. Luther’s break with Rome is reduced to doctrinal differences over the sale of indulgences or justification by faith. The metaphysical context (or to put it in biblical terms, the apocalyptic aspect) goes unnoticed. Yet metaphysically the crux is that the medieval universe was enchanted; and the enchantment was generated not only by the sacramental-intercessory system, as Max Weber observed, but also by pagan art and literature.

Viewed apocalyptically, the crux is that behind pagan art or idolatry are real demons (1 Corinthians 10:18-20; Revelation 9:20), led by “that old serpent, called the Devil, and Satan, which deceiveth the whole world” (Revelation 12:9, KJV). The nexus between Pagan idolatry and the demonic means that at its core the problem of the Renaissance Papacy was not doctrinal laxity, but demonic mendacity. And its awe-inspiring realism, its presence as a worldview, is why Nietzsche rightly saw that “Christianity would have been abolished!”

If Christianity had been abolished, what course would Western society have taken? Nietzsche thought it would have led to a higher civilization, because the classics possessed “every prerequisite for an erudite culture, all the scientific methods were already there . . . natural science, in concert with mathematics and mechanics, was on the best possible road.”14 True, “every prerequisite was there.” But what Nietzsche and all modern scholars who idolize the classics curiously overlook is that Greek reason was smothered and absorbed by the magical or mystery cults of the Greco-Roman world, to produce Neoplatonism, Hermeticism and Gnosticism, all which make up the Western occult tradition.

Tellingly, occultism has involved “pacts with the devil” and “hard-boiled, demon-conjuring magic.”15 This corroborates the Apocalyptic “revelation” of the existence of a real devil and his demonic minions. To be sure, the promise of human freedom and power on one hand and the enslaving bonds of magical and astrological determinism and fatalism on the other hand evidences a pungent delusion of extra-human origin. Apropos Renaissance Italy, “it is profoundly instructive,” as Burckhardt noted, “to observe how powerless culture and enlightenment were against this delusion; since the latter had its support in the ardent imagination of the people. . . . Antiquity, too, was on the side of astrology.”16

This coalition with magic is one of the reasons that, although “every prerequisite was there,” antiquity was unable to develop experimental science. As it is, reason was born of a conflict, but not between “religion and science,” as misleadingly put by the nineteenth century, but between the demonic and reason.

Again, misled by the Enlightenment and the nineteenth century, we are ignorant of the spiritual battles that led to the disenchantment of the world. For Weber this phrase specifically meant “the elimination of magic as a salvation technique.” But, as Marcel Gauchet brilliantly argued, it is “only a superficial sign of a much deeper revolution in relations between heaven and earth, which decisively reconstructed the human adobe separate from the divine.”17 Precisely, disenchantment involved displacing the pagan gods and occult forces entrenched in the medieval universe. And only the gospel could evict them.

In other words, the disenchantment of the world must be seen as part of the great cosmic war between God and the devil. As Charles Taylor rightly observed: “The new mechanistic science of the seventeenth century wasn’t seen as necessarily threatening to God. It was to the enchanted universe [the pagan gods] and magic.”18 Indeed, Yahweh is not threatened because He is transcendent, completely separate from all created reality. His only link with creation is His Word. Theologically, this means the holy or the sacred must be restricted to God alone. This restriction, effected by the Protestant Reformation, dedivinized the heavens, opening the way for modern science. Indeed, it is not without significance that the discoveries that ushered the scientific revolution in the seventeenth century began with physics, with “how the heavens go” (in Galileo’s words).

Far removed from the Protestant Reformation (500 years to date) it is very difficult for us to appreciate its extra-theological significance, how it disenchanted our universe, freed us from the “demonic dread” and opened the way for the development of science and our most cherished freedoms. One of the reasons, I believe, is that because the magical or demonic aspect of medieval Christianity and the Renaissance has been overlooked. In fact, as Nauert rightly noted, historians “have engaged in a virtual conspiracy of silence about its existence.”19

However, once we grasp the enslaving grip and terror the demonic had on medieval society, and on all premodern societies and how it still threatens modern society, we will appreciate why the Protestant Reformation was absolutely and urgently necessary.

3Bible texts credited to NKJV are from the New King James Version. Copyright ©1979, 1980, 1982 by Thomas Nelson, Inc. Used by permission. All rights reserved.