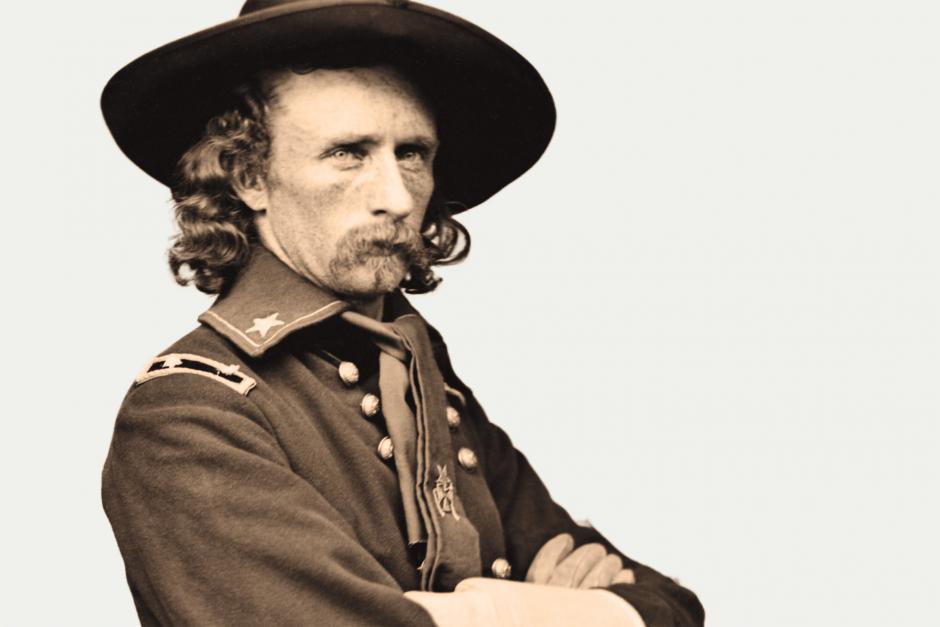 The Right to Wrong Hair

As so often with these cases, it could appear like much ado about nothing, or about only a little.Arocha v. Needville Independent School District was no exception. On the surface, prima facie, it was simply a case of dress code compliance for a 5-year-old in a public school kindergarten. Hardly epochal stuff, yet the principle behind it has been one that, for centuries, folks have died for, a principle that goes to the core of religious liberty itself.

Depending upon how far back you want to go, one could start this story in the sixteenth and seventeenth centuries, with the first European settlers coming to North America and beginning the protracted, painful, and violent process of uprooting the natives. For the present purposes, however, it can begin in the latter half of the twentieth century, with Kenney Arocha, a Native American of mixed Spanish-Apache blood (DNA confirmed). Though his family stressed their Mexican roots over their Native American ones (all in order to better blend in), Kenney remembers very well his grandfather and uncles, who all wore long hair and who talked so fondly of their Apache culture. As a child, Kenney’s hair was kept long too, a sacred symbol of life, of his own distinct life. He was told by his grandfather and uncles that it should be cut only to mark life-changing events, such as the death of a loved one.

However, before the first day of kindergarten, his mother took him to the barber for a buzz cut. He screamed and cried because this went against what his grandfather and uncles had told him. When his mother said that it was because he had to go to school, and that it was expected, he acquiesced (what else could the child do?).

That incident, though, pretty much ended Kenney’s interest in his Native American heritage. That is, until he met his future wife, Michelle Betenbaugh, an Anglo who encouraged Kenney to rediscover his roots, which he did. For starters, he hasn’t cut his hair since meeting her 10 years ago. He keeps it, according to Apache tradition, in two long braids. When he needed brain surgery a few years back, he pleaded with the doctors not to shave his head. They agreed.

Then their son, Adriel (known in the case as A.A.), was born. Kenney and Michelle had decided to raise him according to Kenney’s American Indian religion and identity in a way that would make him proud of his ancestry. And, of course, part of that religious heritage was his hair. Five-year-old A.A. has never had one of his thick and wavy locks cut. He keeps it in two 13-inch-long-braids, one on each side of his head. The child knows how important this is. His hair, he says, “tells me how long I have been here.”

All was well until A.A. began kindergarten in Needville, Texas.

Needville, population 2,609 (2000 census), was founded by August Schendel, a German immigrant who purchased a 160-acre tract of land from a railroad in 1891. In 1892, Schendel established a general store in an area he named after himself, Schendelville. When applying for a post office, he tried to use the name “Needmore” because, he said, everybody seemed “to need more things.” Unfortunately, “Needmore” had been already taken, so Schendel settled for “Needville,” and so it is. Needville is located on State Highway 36 in Fort Bend County, just southwest of Houston. It’s a small Texas town that promotes itself with the slogan: “Needville, where thousands live the way millions wish they could.”

It’s kind of an old-fashioned place that’s glad to be that way. A few feed-supply stores, along with a family owned hardware store, sit downtown. The Albert George Branch Library of Fort Bend County Libraries sits on Gene Street. The Creekside Farmers’ Market is open every Thursday on the campus of Creekside Christian Fellowship, where local growers sell their produce directly to the consumer. Besides fresh vegetables and herbs, you can get goat cheese and milk, locally roasted coffee, and natural grass-fed beef, chicken, and lamb.

Curtis Rhodes, the Needville Independent School District superintendent, grew up in the area. He was a graduate of Needville High School in 1983. His father and grandfather had been superintendents. He married a woman born and raised in Needville and, though they left for a while, they returned to raise their kids.

Though aware that some people might think their town a bit “backwards,” he’s not all that concerned. “Backwards isn’t all that bad,” he said, “when you become the parent.”

Life’s fairly quiet there, though in 2007 an arsonist set a fire that destroyed two Needville High School buildings. A 16-year-old student and football player at the school confessed to the crime.

Kenney and his wife were drawn to the area after her family bought land in Needville in 2008. They intended to build a home and a small farm on the property. Of course, part of the process involved enrolling 5-year-old Adriel in kindergarten, braided hair and all.

Perhaps anticipating problems, Michelle Betenbaugh e-mailed the school in November 2007 to ask about what documentation she’d need to ensure that her son, in keeping with his religious and cultural tradition, could keep his hair long when he was enrolled next fall. The school had never responded. When in May of 2008 she emailed then school principal Jenna Sniffin, she was told that “[o]ur dress code in Needville does not allow boy’s hair [sic] to touch their ears or go below the collar. Long hair is not allowed.” Not, apparently, even for religious reasons.

That June, Kenney, Michelle, and A. A. met with Principal Sniffin and Superintendent Rhodes, and were pretty much told that the boy would have to comply with the dress code, and that exemptions would not be allowed for any religious beliefs. The family appealed to the Needville Independent School District (NISD) board, which stood firm.

This sentiment was echoed by the public at the first board hearing. One attendee told the board, “We don’t have a lot of the problems here that they do in larger school districts, and I am thinking that if we allow this—I’m going to go with the word belief—that it’s going to set a dangerous precedent, that it’s going to just be one thing after another, after another. I’ve worked in law enforcement for a long time to see that, what some of these things can result in. . . . I really hope that you decide to keep the dress code the way it is now, that I don’t think the wishes of the entire community, that our beliefs, should be superseded by someone else’s. I don’t think that that’s fair, that one should absolutely control the whole.”

Eventually, a compromise, of sorts, was reached: A.A. could come to school but his hair had to be “in a tightly woven single braid down his back with the hair behind his ears, out of his eyes and the braid tucked into the collar of his shirt.”

For the family, this was unacceptable.

“Asking a five-year-old,” said his mother, “to keep a foot of hair shoved down his shirt is not just humiliating, it is impractical and unhygienic in Houston’s sweltering climate.”

When A.A. showed up for school with his hair in two long braids outside his shirt, he was within a few days put in In-School Suspension (ISS), the harshest discipline the law allows for a child his age. What it means, basically, is that A.A. is separated from the rest of the class, being forced to sit alone in another room under adult supervision (the school actually hired a retired teacher to sit with him). This 5-year-old spent seven hours a day segregated from the rest of his school mates, all because of his hair.

Fairly early on in the process, his parents got legal help. When the school refused to allow him to wear his hair according to Native American tradition, the Texas ACLU sued the school district, arguing that it was violating the child’s religious rights.

“NISD is trying to force our client and parents to choose between practicing and expressing his religion and identity, and obtaining a public education,” said Fleming Terrell, an attorney for the Texas ACLU. “But Texas law and the First Amendment prohibit the district from forcing parents and students to make this choice.”

This isn’t, of course, the first time courts have had to wrestle with the question of what to do when a child’s religious expression conflicts with public school policy and norms. The most famous, or infamous, case was Gobitis, when in 1940 the Supreme Court of the United States ruled that public schools could compel students—in this case, Jehovah’s Witnesses—to salute the American flag and recite the Pledge of Allegiance despite the students’ religious objections to these practices. The decision led to a wave of persecution against Jehovah’s Witnesses across the country. Within a mere three years, however, the Supreme Court—realizing its mistake—reversed this decision.

In early 2009 the U.S. District Court for the Southern District of Texas ruled in favor of the plaintiffs. U.S. District judge Keith Ellison said that the school policy “violates not only Adriel Arocha’s free exercise rights, but also his rights to free expression and his parents’ due process rights.” The court ruling permanently stopped the NISD from forcing A.A. to wear his long hair in a tight braid stuffed down his shirt at all times. Instead, he can wear it as any proud Native American would.

“By standing up for their rights, this child and his parents achieved an important victory not just for themselves but for all Texas school children, whatever their religion,” said Lisa Graybill, legal director for the ACLU of Texas. “Schools must accommodate student religious beliefs in their dress codes—and that applies equally to Catholic students’ right to wear a rosary or Jewish students’ right to wear a yarmulke as it does to our American Indian client’s right to wear his braids.”

Though the courts always have to balance out the needs of the school district with the individual expression of religious freedom, in this case the school district’s arguments weren’t deemed enough to infringe upon this 5-year-old’s religious practices. Hence, the Arochas won—not just for themselves but for all Americans who cherish their free exercise rights.

Yes, it was a victory, not like Sitting Bull’s at Little Bighorn to be sure but, still, a victory. Of course, though the Native Americans won that battle in 1876, no one should forget who, ultimately, won the war. And that’s an analogy that anyone who cares about religious freedom in this country must never forget.