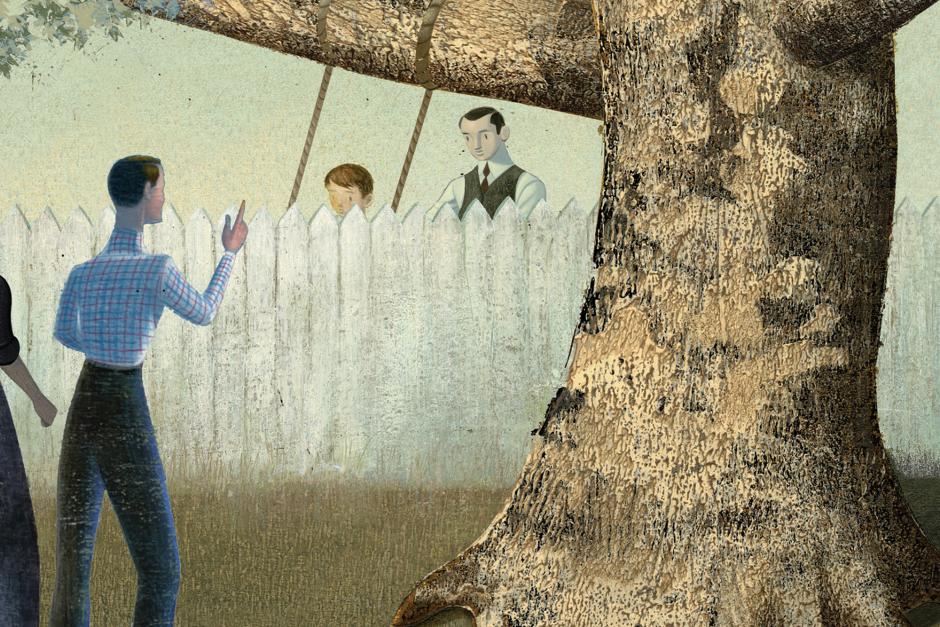 The State as Step-Parent

The protection of freedom of religion afforded by s. 2(a) of the [Canadian Charter of Rights and Freedoms] is broad and jealously guarded in our Charter jurisprudence.”1 So said the Supreme Court of Canada in 2004. Times have changed. Given the recent decision of the court in the case of S. L. v. Commission scolaire des Chênes 2 it would appear that the court is no longer so jealous.

The Commission scolaire des Chênes case involved Catholic parents who objected to their children being required by the Province of Quebec to take the Ethics and Religious Culture (ERC) course. The parents were offended that the course treated Bible stories as legends and taught Christianity as a cultural matter, rather than something that had any truth validity for ordering one’s life.

The court decided that there was no evidence that the course interfered with the parents’ ability to pass their faith on to their children: “It is not enough for a person to say that his or her rights have been infringed. The person must prove the infringement on a balance of probabilities.” The court accepted the ministère’s position that the purpose of the course was not to teach relativism or influence the beliefs of the students. In the words of the court, “The early exposure of children to realities that differ from those in their immediate family environment is a fact of life in society. The suggestion that exposing children to a variety of religious facts in itself infringes their religious freedom or that of their parents amounts to a rejection of the multicultural reality of Canadian society and ignores the Quebec government’s obligations with regard to public education.”

The court’s analysis in this case marks a departure from how the law had, up until now, respected religious conscience in the early Charter cases. To prove an infringement of religious freedom was a relatively straightforward exercise. The claimant only had to establish what his or her sincerely held belief was and then show that the exercise of that belief was hindered. In R. v. Big M Drug Mart, Ltd. Chief Justice Brian Dickson wrote, “If a person is compelled by the state or the will of another to a course of action or inaction which he would not otherwise have chosen, he is not acting of his own volition and he cannot be said to be truly free.”3 He stated that “subject to such limitations as are necessary to protect public safety, order, health, or morals or the fundamental rights and freedoms of others, no one is to be forced to act in a way contrary to his beliefs or his conscience.”

Therefore it should have been an easy matter for the parents to prove the violation of their religious freedom by: (a) outlining their sincere beliefs as to why their religious conscience could not allow their children to attend the ERC Program; and (b) refer to the government’s refusal to exempt their children as sufficient testimonium to prove religious infringement.

Unfortunately, the court refused to adopt that historic approach to give deference to the claimants’ religious conscience as to what constituted infringement. It sought an “objective” analysis as to whether “the ERC Program interfered with their ability to pass their faith on to their children.” The court claimed jurisdiction to determine what “infringement” of the parents’ conscience looked like. By doing so, the court has moved dangerously close to speaking for the subjective understanding of the personal conscience.

The court clearly had a philosophical problem with the parents’ refusal of their children to attend the “neutral course” on ethics and religion. The court was troubled that the parents were asserting “their own freedom, not that of the children.” The assumption appears to be that parents are to be careful not to intrude on the religious freedom of the children. However, it did not clarify as to when the children’s religious freedom right begins and ends in the process of being taught religion by their parents. It assumes that parents are on equal footing with the state when it comes to transferring religious instruction to the children. This is remarkable given the the long historic understanding that parents are best suited to pass on religious faith to their progeny. The court did not appreciate why the parents would want to limit their children from other faith perspectives, as it “is a fact of life in society.” “Exposure to some cognitive dissonance is arguably necessary if children are to be taught what tolerance itself involves.” With this understanding the court saw the parents’ position as amounting to “a rejection of the multicultural reality of Canadian society” and ignoring “the Quebec government’s obligations with regard to public education.”

It is not surprising therefore that the court framed the debate as it did. It’s philosophical perspective was incapable of comprehending the religious sensibility of the parents’ position. Clearly what was an infringement in the mind of the parents was not going to be so considered by the court.

The court took umbrage against the idea that the parents had the competency to single out the infringement to their right as they understood it. There had to be “an objective analysis of the rules, events or acts that interfere with the exercise of the freedom. To decide otherwise would allow persons to conclude themselves that their rights had been infringed and thus to supplant the courts in this role.” The parents “had to show that, from an objective standpoint, the ERC Program interfered with their ability to pass their faith on to their children.”

That objective analysis of the court included the following steps: First, the court determined sincerity and held that the parents were sincere in their belief that the course taught material against their faith. Second, the parents had to prove that their right was infringed on the balance of probabilities. Third, it was not enough to say they had religious reasons for objecting to their children’s participation in the course. There had to be some evidence that the course interfered with their ability to pass their faith on to their children. Fourth, “the court does not see how the ERC course interferes with the applicants’ freedom of conscience and religion for their children when what is done is to make a comprehensive presentation of various religions without forcing the children to join them.”

With respect, such an “objective” analysis is lacking. The court has imposed its own philosophical perspective of esteeming the value of exposing children to “realities that differ from those in their immediate family.” Those differences, the court maintains, make up the “multicultural reality of Canadian society.” The court simply does not accept the parents’ view that “exposing children to a variety of religious facts” infringed their religious freedom. Surely it is not for the court to pass judgement on the value of any religious perspective. The overwhelming fact remains that the parents were of the view that it was offensive to their faith that their children had to attend this course. Whether we as a society agree with that position is not the issue. It is the parents’ right. When the state dictates that those children must attend that course, the state has forced compliance. In the words of Dickson, these parents and their children “cannot be said to be truly free.”

By means of illustration we can highlight the problematic nature of this decision. Consider the objection made, for more than 100 years, by members of the Jehovah’s Witnesses (JW) community to their children singing the national anthem. Certainly, using the approach of the court in the Commission scolaire des Chênes case, a court could hold that “it is not enough for the appellants to say that they had religious reasons for objecting to their children’s participation in the” singing of the national anthem. The national anthem is neutral. It does not force the children to adopt a religious faith in opposition to the family’s heritage. It is simply an exercise in good civic participation. The parents may continue to pass on their faith to the children at home. In any event “the early exposure of children to realities that differ from those in their immediate family environment is a fact of life in society.”

Clearly such a result of forcing young JW children to attend such programming violates every fiber of our long-standing and proud heritage of religious freedom in this country. But there are many other religious minorities who might now stand in the way of a government intent on exposing their children to the “multicultural reality of Canadian society.”

The various Mennonite groups in southwestern Ontario have a long-standing position against being caught up in the affairs of the society around them. They educate their children only through the eighth grade. They live in their homes without electricity because they seek separation from the world. They are a people who have taken their desire to be separate so seriously that they refuse government subsidy programs from Old Age Security to provincially funded health care. They pay their own way. If the Ontario government were to adopt a similar course, as in Quebec, making it mandatory for all children to attend, should it then be reasonable that these Mennonite children be forced to the exposure of the “realities that differ from those in their immediate family environment”? It must be said that these Mennonite people have every right to educate their children in their unique way of life without the dictating hand of the state compelling them to adopt a religious perspective (that all religions are of equal importance and authority as their own) that they find offensive.

Children are nurtured in a family environment with a cultural milieu that encompasses not only a neighborhood but a faith perspective. I suggest that children are better capable of being able to deal with a multicultural society when they are self-confident in understanding their own background. With a firm base of who they are and where they came from, they will better appreciate the differences of the other communities. Confusion in young persons, on the other hand, about who is to be the moral authority over what is true may well lead to the demise of their community. This is because they and their peers will become confused by the state’s assertion as to what is and is not moral in contradiction to their parents and religious community. The state must be careful not to usurp the long-understood role of the parents to raise their next generation. This is not to be taken lightly. Such interference will affect the very “DNA” of the societal structures of those religious communities that have withstood the test of centuries as a way of life. History has shown that in extreme cases such interference may very well lead to religious communities having to make the very difficult decision of leaving their home country for a more hospitable environment that will respect their particular way of life. If such an event were to happen in Canada, the Canadian “multicultural reality” would become a fraud and a broken promise.