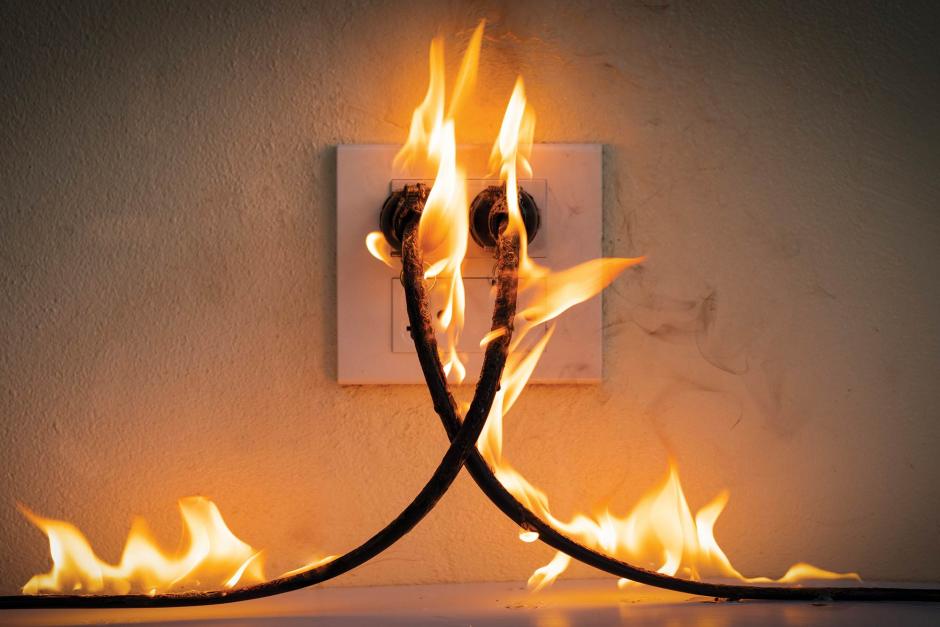 The Strange Fire of Cultural Conservatism

Students of the Bible remember the Old Testament story of Nadab and Abihu—two priests who offered “strange fire” before the Lord in the wilderness sanctuary and were slain as a result (Leviticus 10:1, 2). This narrative has often served as a warning to Bible believers of the danger of mingling, in various ways, the sacred and the common as though the two were one.

In America of late, the New Christian Right seems to have forgotten this warning. In its pursuit of political leverage and dominance, it has widened its embrace of strictly biblical values to include various cultural sensitivities, conspiracy theories, and radical political beliefs. In its efforts to measure the “Christian” status, it has allowed values that hearken back to the idyllic “good old days”—biblical, cultural, traditional, or whatever—to become blended into the agenda of this movement.

Paul Weyrich, founder of the Committee for the Survival of a Free Congress and a leading Christian Right activist, was identified as coining the term cultural conservatism. A devout Roman Catholic, he hoped to unite under this rubric all Americans who hunger for past values and “the way things ought to be” (Rush Limbaugh), regardless of their religious affiliation. Another Religious Right activist, Tim LaHaye, boasted of the “new sectarian cooperation” between Protestants, Catholics, and Jews. He urged all to put aside theological differences for the sake of political advantage.1

Despite LaHaye’s fears that “such statements may cause me to lose my fundamentalist membership card,”2 it doesn’t seem that this call for conservative reincarnation of the National Council of Churches has evoked any serious resistance within the halls of American fundamentalism. Nor, it seems, did LaHaye’s bizarre alliance with the anti-Christian Unification Church of Sun Myung Moon. Disclosing the amalgamation of these strangest of bedfellows, Christianity Today reported: “He [LaHaye] believes Unificationists are part of the solution to rampant secularism in America. ‘Anyone could be part of the solution,’ LaHaye said, ‘if he is really trying to move the country to a conservative point of view.’ ”3

Here is the most disturbing irony. Evan­gelicals and fundamentalists have historically been fierce opponents of the ecumenical movement, denouncing its “unity based on love” as falling short of “theological adequacy,”4 and declaring: “To use love as an umbrella to cover doctrinal differences and deficiencies does not solve the basic problem. Doctrine does divide. It always has. It always will. It must be so, as the Bible does, in order to separate truth from error.”5 But, we ask these revisionist fundamentalists, is political expediency any safer than sentimental love as an umbrella to conceal doctrinal differences?

Obviously, in a free society any number of groups are at liberty to form political alliances. But here I am speaking to evangelicals and fundamentalists as one Bible-believing Christian to others. I ask, Where does the Bible endorse the formation of political alliances between God’s professed people and those not sharing their faith? The biblical record is consistently negative in this regard. Even when the armies of the world’s ancient superpowers were hammering at their gates, Israel was warned by the Old Testament prophets not to ally themselves with other nations for political and military purposes. Speaking of fundamentalist Christianity and its supposed peril, Tim LaHaye wrote, “I really believe that we are in a fierce battle for the very survival of our culture.”6 But the same was true of Jerusalem in about 700 B.C., when its walls were surrounded by the Assyrian army and Isaiah warned Jews against allying themselves with Egypt for their defense (Isaiah 30:1-3). The New Testament offers similar counsel, and in much broader tones, to the believing community: “Do not be mismatched with unbelievers. For what partnership have righteousness and iniquity? Or what fellowship has light with darkness? What accord has Christ with Belial? Or what has a believer in common with an unbeliever? What agreement has the temple of God with idols?” (2 Corinthians 6:14-16, RSV).7

Perhaps the Christian Right would do well to heed the counsel of one of its own voices from the recent and formative past—that of Charles Colson, former aide to Richard Nixon. In a thoughtful postmortem on the 1992 election, Colson expressed the hope that the Religious Right’s political reverses “will wean us away from reliance on political solutions and send us back to the basics,”8 meaning the church’s spiritual resources. He declared, “Grasp these powerful teachings [of Christ], and all else pales into significance. Election slogans, court decisions, anti-Christian bias in the media—what are these paltry forces compared to the promises of the King of kings?”9

7 Bible texts credited to RSV are from the Revised Standard Version of the Bible, copyright © 1946, 1952, 1971, by the Division of Christian Education of the National Council of the Churches of Christ in the U.S.A. Used by permission.

8 Chuck Colson, “Back to Basics: Back to the Church,” Southern California Christian Times, March 1993, p. 9.