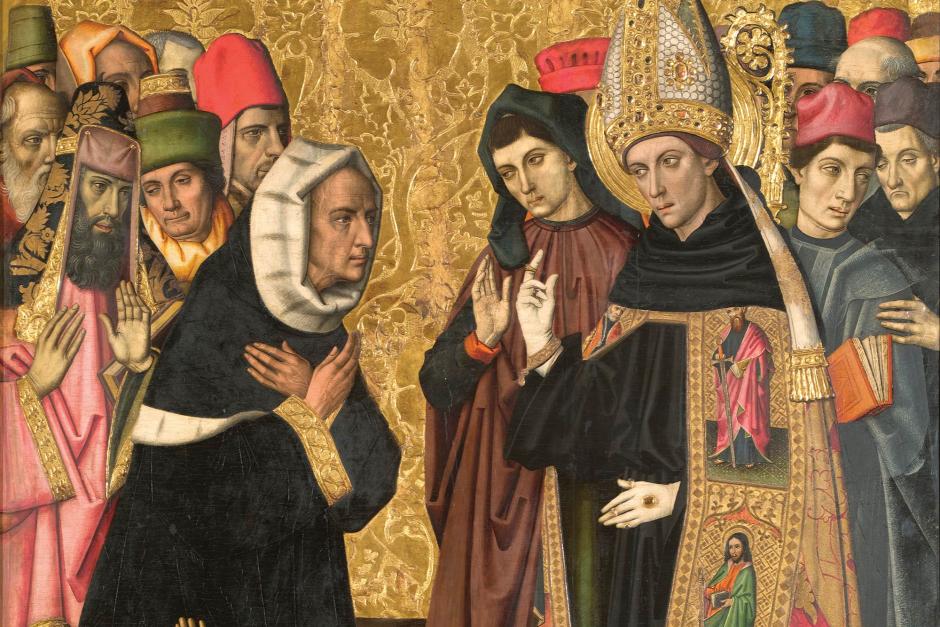 The Theocratic Theory of Government

ATHEOCRACY is a form of government in which all the affairs of men, whether temporal or spiritual, civil or religious, are united under the control of God. The government of Israel was a true theocracy. It was really a government of God.

When doing their duty, the kings of Israel ruled the people according to the directions of God. But the kings did not always do their duty. Many of them rejected the counsel of the Lord. This was carried to such an extent by Zedekiah that God said to him:

“Thou, profane wicked prince of Israel, whose day is come, when iniquity shall have an end, thus saith the Lord God; Remove the diadem, and take off the crown: this shall not be the same: exalt him that is low, and abase him that is high. I will overturn, overturn, overturn, it: and it shall be no more, until he come whose right it is; and I will give it to him.” Eze. 21:25-27.

In fulfillment of this sentence, the kingdom of Israel was subsequently overturned three times—once by Medo-Persia, once by Grecia, and once by Rome. Soon after the third overturning, the theocracy of Israel was removed from the earth, and, according to the sentence of God, “It shall be no more, until he come whose right it is; and I will give it him.”

He “whose right it is,” and to whom that kingdom will be restored, is the Lord Jesus Christ. Of him we read:

“He shall be great, and shall be called the Son of the Highest: and the Lord God shall give unto him the throne of his father David: and he shall reign over the house of Jacob forever; and of his kingdom there shall be no end.” Luke 1:32, 33.

When Christ was on earth, he declared to Pilate that his kingdom was not of this world. John 18:36. He further declared that the time when he would sit upon the throne of his kingdom would be at his coming. Matt. 25:31, 32.

“Therefore while this world stands, a true theocracy can never be in it again. From the death of Christ until now, every theory of an earthly theocracy has been a false theory. And from now on until the end of the world, every such theory will be a false theory. Yet such was the theory of the bishops of the fourth century.”

And it was this theory that led to the establishment of the Papacy.

Augustine, one of the Fathers of the Catholic Church, reasoned thus:

“It is indeed better that man should be brought to serve God by instruction than by fear of punishment, or by pain. But because the former means are better, the latter must not therefore be neglected. . . . Many must often be brought back to the Lord, like wicked servants, by the rod of temporal suffering before they attain to the highest grade of religious development.”—Schaff’s “Church History,” Vol. II, sec. 27.

Of the principle in Augustine’s theory, Neander says:

“It was by Augustine, then, that a theory was proposed and founded, which . . . contained the germ of that whole system of spiritual despotism, of intolerance and persecution, which ended in the tribunals of the Inquisition.”—Id., p. 217.

This has been done by men claiming to be Protestant reformers, and by professed Protestant churches. The cruel deeds of Calvin and Cranmer, and the dark chapters in the history of the Scotch Covenanters, the Puritans, and the English Church are the natural and awful results of this theory.

The theory of counteracting evil and of making Christians by enforcing laws and inflicting penalties, propounded by Augustine and now advocated by the Evangelical Alliance and other religio-political organizations of America, found a large place in the heart of John Calvin. One of his apologists says:

“He allowed to the church a greater authority than any other Reformer. Here, again, the influence of Augustine is seen. He says, ‘The church is our mother.’ . . . Outside of the church there is no salvation. . . . In this scheme he had in mind the Israelites. He aimed at a theocracy.”—Schaff-Herzog Encyclopedia, art. “Calvin.”

Calvin “aimed at a theocracy,” and he succeeded in establishing one, and the account of its working and its influence in various countries forms one of the darkest chapters in the history of modern times. Geneva was his home, and the seat of his operations. On arriving in that city in 1536, Calvin found the people emerging from a violent conflict between papists and Protestants. The reformed religion had just been adopted by the state. Calvin decided to remain in Geneva, and devote himself to the cause of the Reformation.

“He soon found himself at the head of the whole movement, political and religious; and by his iron hand a theocracy of a very stern type was established. The reformed doctrine became a civil duty, and dogmatical deviations were treated as treason. Ecclesiastical discipline was carried even into the routine of daily life, and a breach of its dictates was punished as a crime.”—Id., art. “Geneva.”

Calvin formed a “church court,” which had “full authority to maintain discipline.”

“On Nov. 20, 1541, at a popular meeting, the scheme he drew up was ratified. This provided for a consistory composed of six city ministers and twelve elders,—one of the latter to be a syndic, and their president,—which met every Thursday, and put under church discipline, without respect of persons, every species of evil-doers.”—Id., art. “Calvin.”

This was a government after Calvin’s own heart. It was the theocracy which he aimed to establish. The church controlled the state, and Calvin controlled the church. It is not surprising that historians have called Geneva the “Rome of Protestantism,” and Calvin a “prophet king.”

“His system of church polity was essentially theocratic; it assumed that every member of the state was also under the discipline of the church; and he asserted that the right of exercising this discipline was vested exclusively in the consistory, or body of preachers and elders. . . . Nor was it only in religious matters that Calvin busied himself; nothing was indifferent to him that concerned the welfare and good order of the state or the advantage of its citizens. His work, as has been justly said, “embraced everything,’” he was consulted on every affair, great and small, that came before the council,—on questions of law, police, economy, trade, and manufactures, no less than on questions of doctrine and church polity.”—Encyclopedia Britannica, art. “Calvin.”

The government established by Calvin, and over which he exercised almost absolute control, bore such a striking resemblance in form to the Jewish theocracy that Wylie, speaking of Geneva, says:

“Calvin took the Jewish theocracy as his model when he set to work to frame, or rather to complete, the Genevan republic. What we see on the banks of the Leman is a theocracy. . . . The government exercised a presiding and paternal guardianship over all interests and causes, civil and spiritual. Geneva, in this respect, was a reproduction of the Old Testament state of society.”—History of Protestantism, book 10, p. 284.

Yes, Calvin’s government exercised a “paternal guardianship over all interests and causes, civil and spiritual.” It interfered with the private affairs of the people to such an extent that it became intolerable. On one occasion the people arose in rebellion and banished Calvin from Geneva. At the end of two years he returned with a firm determination to persevere in his course to the end. Those who spoke against Calvin’s religion or doctrines were severely punished. Ameaux, who declared that Calvin’s religion was “deceit and tyranny,” was compelled “to walk through the streets bareheaded, carrying a lighted candle, and to make confession of his fault on his knees.”—Id., book 17, p. 310.

Gruet, on a charge of infidelity, was condemned and beheaded. Jerome Hermes Bolsec was imprisoned, and finally banished, on the same grounds. Michael Servetus was persecuted and finally burned to death by Calvin’s theocracy, for having opposed the doctrine of the Trinity.

These are a few samples of fruits produced by this man-made theocracy. The theocracy itself was an exact counterpart of the Papacy, which grew out of Augustine’s theocratical theory of government. And, like the Papacy, it invaded the rights of the people. It robbed them of their liberties.

The theory propounded by Augustine and adapted by Calvin, at present occupies a prominent place in the schemes of many religious organizations in this and other Protestant lands. And as the germ of each scheme is the same, the fruits are not likely to be different. The only just and safe course to pursue is to keep the state and the church separate, and to allow men to exercise the fullest liberty in matter of religion. This is in harmony with the words of Christ, “Render . . . unto Caesar the things which are Caesar’s; and unto God the things that are God’s.”

From Liberty Magazine, Volume xii, Fourth Quarter, 1917: a time of great national and international crisis, and as the “Spanish Flu” began to trouble the already war-troubled world.