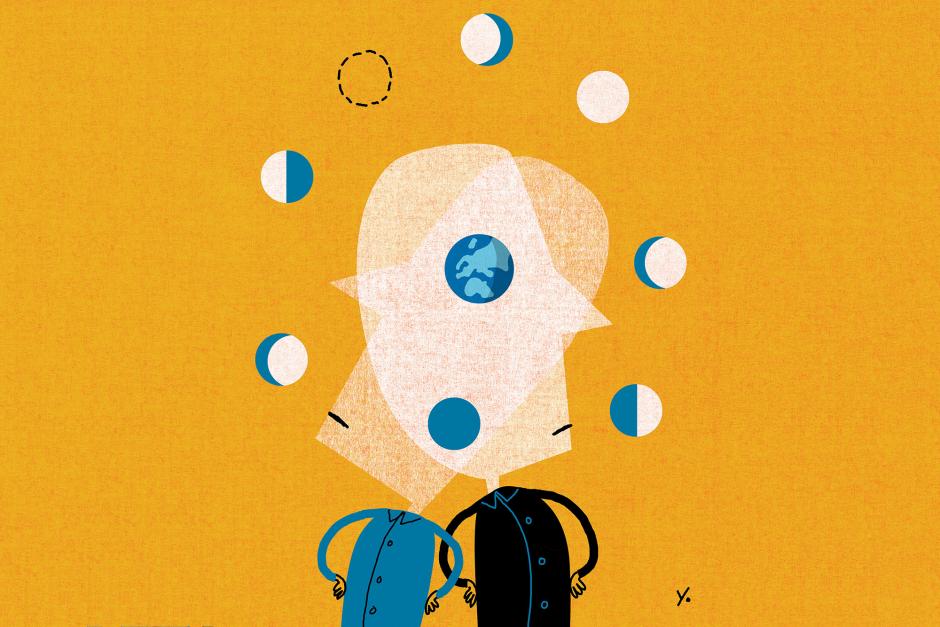 Current discussions of religious liberty issues echo arguments posed at the League of Nations in Geneva more than 85 years ago. Does religious liberty extend beyond the freedom to choose a particular creed or doctrine? Are believers at liberty to express their faith in their public life? Can we allow the rights of religious minorities to supersede the will of the majority?

In October 1931 the League of Nations’ Advisory and Technical Committee for Communications and Transit met to consider proposals for revision of the calendar that, if adopted, would have marginalized all who conscientiously observe a weekly day of worship.

This type of backhanded threat to religion was not new. One hundred thirty-eight years earlier the French Revolutionary Calendar (1793-1805) had replaced the seven-day week with a 10-day period known as a decade, thus eliminating all religious holidays and weekly holy days. And just two years before the meeting of the League’s committee, Joseph Stalin’s government had imposed a calendar (1929-1931) that included five-day “weeks” with similar effects on religious days.

During the post-World War I era there was considerable international interest in calendar reform. The most widely used calendar featured an arrangement of weeks and months and years that was not well suited to the needs of the modern world. Blame it on Julius Caesar.

Whatever you might think of him—whether the genuine historical figure or the Shakespearean caricature of the man—you’ve got to give him this: he left an indelible mark on Western civilization. I’m not talking about his famous feats in war or politics or romance. No. From our point of view, his signature accomplishment was calendar reform.

During the era of the Roman Republic the calendar was managed by the college of the pontifices. They had made a mess of things. Their mismanagement had resulted in a calendar that was about 80 days out of sync with the natural seasons.

As pontifex maximusJulius Caesar meant to straighten things out. And as dictator he had the power to do just that. He engaged the services of Sosigenes, an astronomer from Alexandria, who offered a radical change from the traditional Roman lunarcalendar.

Caesar approved the idea of a calendar governed by the sun rather than the moon. The calendar that bears his name was a variation—even an improvement—on the Egyptian solar calendar.

The Julian calendar went into effect in 45 B.C. after a confusing year of necessary adjustments. It underwent a few tweaks during the ensuing decades. It turned out to be only slightly imperfect. We’re still using it today, with minor revisions credited to a sixteenth-century pope, Gregory XIII.

But our calendar has confusion built in. Months range from 28 to 31 days. Quarters are unequal; one has 90 days,1 one has 91 days, and two have 92 days. Worse yet, the seven-day week runs its perpetual course through the calendar without regard to either month or year.

Englishman Moses Cotsworth, an accountant from the British railroad industry, devised the International Fixed calendar to iron out the irregularities passed along by Pope Gregory. Cotsworth envisioned a 13-month year where each month had precisely four weeks. The governments of Great Britain and Canada both published and circulated Cotsworth’s plan. He traveled far and wide, garnering support from diverse countries around the world.

In 1924 Cotsworth and his calendar came to the attention of George Eastman, inventor and founder of the Eastman Kodak Company. His interest piqued, he became a leading supporter of the reform, both personally and financially. He saw Moses Cotsworth as “the recognized international authority on . . . the relationship of the calendar to the peace and prosperity of mankind.”2 In 1928 he wrote, “I have observed this movement gather momentum throughout the world, and it seems to me now that it is merely a question of time until all nations meet in conference to agree upon a change. There is no doubt in my mind of ultimate success.”3

Then in 1929 Elisabeth Achelis entered the picture. Daughter of a wealthy New York businessman, she threw herself and her considerable fortune into the cause. But it was not Cotsworth’s 13-month plan that drew her support. She campaigned for a 12-month calendar, adjusted to create equal 91-day quarters. She called it the World Calendar.

While the 13- and 12-month plans were radically different at first glance, they did share two essential features: a year of precisely 52 weeks, plus an additional “blank” day to keep the calendar in sync with the solar year.4 It was the blank-day element that aroused the opposition of Jewish and Christian religious groups.

The problem was that the blank day, inserted at the end of each year, would be an interruption in the perpetual cycle of seven-day weeks.

The last week of the year would end on Saturday, but the beginning of the following week would be offset by 24 hours to make room for the blank day. Sundaykeeping Christians who went to bed Saturday night, expecting to go to church the next morning, would awaken to find that it was not Sunday.

According to the reformed calendar, the new Sunday would be the old Monday. A year later the same interruption would occur, pushing Sunday to the old Tuesday. This progression would continue, with the effect doubled in leap years. Thus the Christian “Lord’s Day” would be a fictional day, broken loose from its historical tie to the resurrection of Christ.

Conscientious Sabbatarians voiced the strongest concerns. Jews and Seventh-day Adventists formed the core of the religious opposition. They argued that the blank-day plan would cause the true Sabbath to wander through the calendar, creating commercial, educational, and financial hardship to Sabbathkeepers around the world.

Articles pro and con flared across the pages of newspapers, trade journals, and other periodicals. Petitions were circulated. Public debates focused public attention on the issues.

Arguments ranged from modern business and social concerns to biblical chronology. Twelve-monthers and thirteen-monthers took potshots at each other. Reformers and resisters fenced over questions of doubtful relevance. During the run-up to the meeting of the League of Nations committee it became clear that the decisive issue would not be calendar reform per se, but rather the effect of a new calendar on the rights of religious minorities.

It was Moses Cotsworth himself who played on the barely concealed anti-Semitic undertone of the conversation, suggesting that if any Jews should desire to keep up their foolish traditions—such as starting the Sabbath on Friday night—they would have to put up with the consequences of their stubbornness.5

Charles Marvin addressed religious liberty more directly. An ardent reform enthusiast, he was chief of the U.S. Weather Bureau and vice-chairman of George Eastman’s National Committee on Calendar Simplification. In a debate with Rabbi Louis Schwefel, Marvin dismissed Jewish objections to the blank-day calendar by pointing out that the United States “is a Christian nation.” Rabbi Schwefel, shocked and amazed at Marvin’s comment to a largely Jewish audience, remarked that this was “the first time that such a declaration has been made . . . concerning calendar reform.” Marvin then added coals to the fire by declaring, “‘Free exercise of religion’ means no more than freedom of religious tenet and creed.’”6

The League of Nations Advisory and Technical Committee for Communications and Transit was called into session on October 12, 1931. Delegates from 42 countries were in attendance, plus 100 or more official observers. Invitees included Jews and Seventh-day Adventists who were hoping to forestall any calendar change that would impinge upon the free exercise of religion.

The Committee endured proclamations and protestations from a long list of speakers representing all sides of the calendar reform question. As the delegates then proceeded with their deliberations many observers sensed that the tide was running in favor of reform. The delegate from Spain argued that Jewish objections were irrelevant because their Sabbath could not be properly observed on a round world. Charles Marvin attacked Seventh-day Adventists for their insistence on maintaining the integrity of the seven-day week, erroneously asserting that primitive Christians themselves had broken the weekly cycle when they transitioned to Sunday observance.

Emile Marchand, the Swiss delegate, dismissed as mere paranoia the claims of Sabbatarians that they would suffer hardship under the blank-day calendar. He surprised everybody when he offered a narrowed version of religious liberty in which the majority has the right to coerce the minority in matters of conscience.7

It was clear that within the pro-reform party there were some who would gladly push their agenda at the expense of minority rights. They considered that any harm done could be blamed on the victims themselves. Rabbi Joseph Hertz, chief rabbi of the United Hebrew Congregations of the Commonwealth, reacted: “This is the argument used by all tyrants in the past to justify their bloodiest religious persecutions—this grim doctrine that the sufferings of the victims of bigotry are not due to the ferocity of the persecutor, but to the convictions of the persecuted conflicting with the laws of the persecutor.”8

With the focus diverted from the pros and cons of calendar schemes to the larger issue of religious liberty, the Advisory and Technical Committee for Communications and Transit decided not to approve any revision of the calendar at that time. The door was left open for future consideration of the issue. But for the moment there was no question that most of the delegates were unwilling to support calendar reform if it meant trampling on the rights of religious minorities. Religious liberty was, for the moment at least, safe from the threat of the wandering day.

The 13-month movement soon faded out of the picture, but Elisabeth Achelis continued a strong campaign for her World Calendar well into the 1950s. Convinced that her ideas would promote world harmony, order, balance, and stability, she was “disgusted . . . that reform measures would be refused on the basis of religious grounds.”9

1Refers to an ordinary year. In leap years the first quarter has 91 days.

Jim Wood is a writer and associate producer for LLT Productions in Angwin, California. The Wandering Day is available on DVD from LLT Productions at thewanderingday.org.