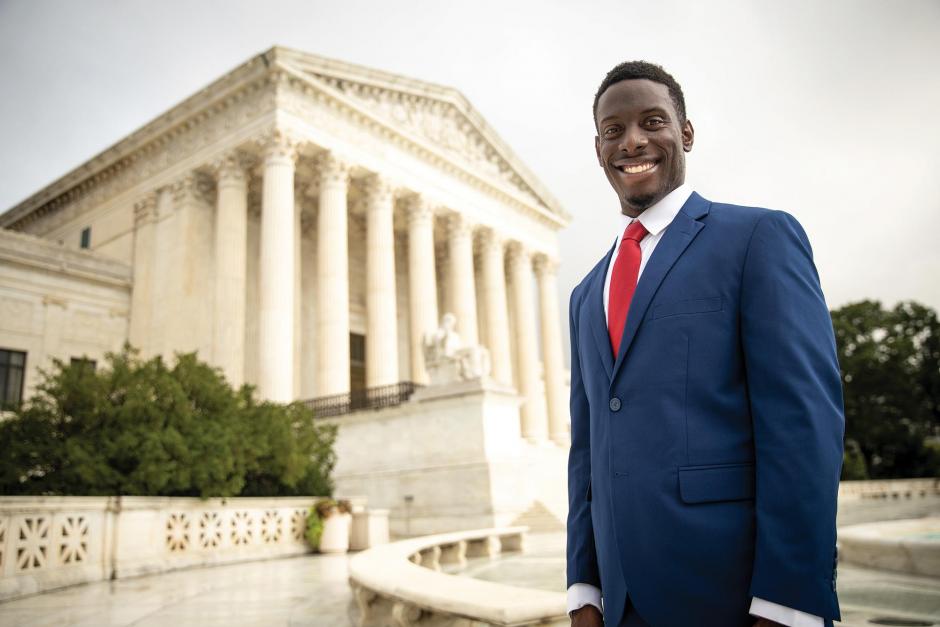 In a victory for the First Amendment, the U.S. Supreme Court ruled in March that a college student cited by campus police for “disorderly conduct” for speaking about his Christian faith and distributing religious literature on campus can sue officials for violating his free speech rights.

In its 8-1 decision in Uzuegbunam v. Preczewski, the Supreme Court found in favor of college student Chike Uzuegbunam’s free speech rights, ruling that he suffered a violation of his constitutional rights when officials enforced their speech policies against him. The Rutherford Institute had asked the Supreme Court to ensure that campus policies and administrators at Georgia Gwinnett College comply with the First Amendment.

“This case reminds us that there is no room for trust in the relationship between the citizenry and the government,” said constitutional attorney John W. Whitehead, president of the Rutherford Institute and author of Battlefield America: The War on the American People. “Trust the government to police itself, and it will sidestep the law at every turn. The only way to ensure that government officials obey the law and respect the rights of the citizenry, as Thomas Jefferson recognized, is to bind them with ‘the chains of the Constitution.’ ”

Chike Uzuegbunam is a Christian and was a student at Georgia Gwinnett College, which has a 260-acre campus in Lawrenceville, Georgia. Because Chike’s faith requires that he share his religious beliefs with others, he sought to do so in 2016 by passing out literature and speaking to students from a spacious concrete plaza near the college’s library. A campus security officer stopped him and warned that Chike could not distribute written materials there because he was not in one of two “speech zones” the college had established. Under the college’s policies, students were required to reserve times for one of the two “speech zones,” which consisted of one patio and one sidewalk that amounted to 0.0015 percent of the total area of the campus. The policies also required students to apply for a reservation at least three days in advance and gave college officials unbridled discretion to decide who could speak, when they could speak, and what materials they could give out.

Although Chike properly reserved a time for sharing his faith from one of the zones, he was again stopped from speaking by a campus security officer. The officer told him that because someone had complained about his speech, he was engaged in “disorderly conduct” under college policies. Chike then brought a lawsuit against the college, alleging that its policies and their application to prevent him from engaging in religious speech violated the First Amendment. After months of litigation the college moved to dismiss the case as moot because it had changed its “speech zone” policies, and the trial court granted the motion. Chike appealed, arguing that his case was not moot, that he was entitled to nominal damages for the interference with his First Amendment rights; but the appeals court upheld the dismissal. Chike sought and was granted review by the U.S. Supreme Court. In its amicus brief supporting Chike, the Rutherford Institute argued that dismissal of the lawsuit violates long-established court precedent affirming the right of citizens to obtain an award of nominal damages against government officials when they violate a person’s constitutional rights.

The Supreme Court’s opinion and the amicus brief of the Rutherford Institute in Uzuegbunam v. Preczewski are available at www.rutherford.org.