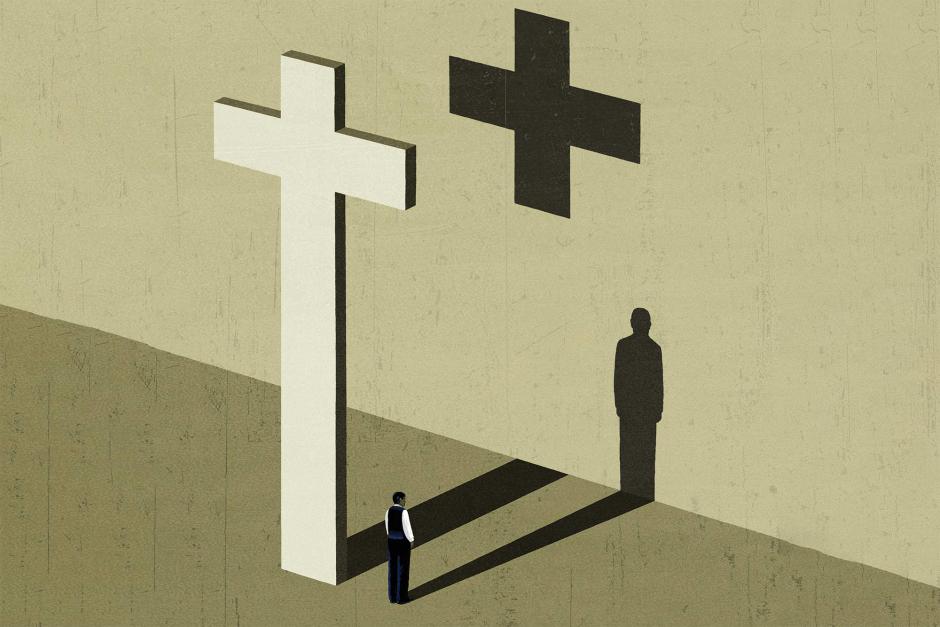 To Church or Not to Church

Given the severe anticipated health risks of COVID-19, it should not have been a surprise when state and local governments began to impose significant restrictions. Millions of Americans were placed under orders to stay at home and avoid “nonessential” work and activities. The economy reacted immediately, with unemployment rates equaling or exceeding those occurring during the Great Depression that began in 1929 and lasted throughout most of the 1930s. Such legendary retailers as Neiman Marcus went bankrupt, while websites like Amazon reaped the benefits of the home-delivery windfall. Churches were closed by government order, schools shut down, and many people could communicate only with friends and family, using social media companies that threatened to censor their content. Houses of worship were closed by decree of local and state leaders.

Some state and local governments encouraged citizens to keep tabs on the activities of their neighbors and to report violations of increasingly onerous curfews and stay-at-hme orders. Small business owners who dared to open their doors faced the possibility of large fines or even the loss of their professional licenses, even as bills stacked up in mailboxes.

Not only did the virus infect the lungs of those who got sick and caused many to die, but it also spread deeply into the public psyche, with an increased rate of depression and suicide.

State and local rules that prohibited churches from meeting might appear simple on their face, in light of public policy concerns. Still, their constitutionality is part of a tapestry of case law going back many decades.

Legal doctrine on the tension between the right to worship and the state interest in health and safety can be traced to a case involving a Jehovah’s Witness who took her two young sons and her niece with her to sell the Watchtower magazine and engage in preaching work on the streets of Brockton, Massachusetts, in 1941. In doing so, Sarah Prince violated a state statute that made it illegal for children, boys under 12 or girls under 18, to sell magazines and other things in public places.

Prince was convicted under the statute and argued that the law, when thus applied, violated the First Amendment right to free exercise of religion. The state court ruled against her, finding that the freedom was “subject to incidental regulation to the slight degree” by the statute.

The Supreme Court, in an opinion written by Justice Wiley Blount Rutledge, agreed with the lower court that “neither rights of religion nor rights of parenthood are beyond limitation. Acting to guard the general interest in youth’s well being, the state, as parens patriae, may restrict the parent’s control.” The Court supported this position with several examples, including child labor, and vaccination, noting that, in the words of another New York decision, “the right to practice religion freely does not include liberty to expose the community or the child to communicable disease or the latter to ill health or death.”1

Prince is hardly governing law when it comes to COVID-19 church shutdowns. Despite the details Justice Rutledge used to describe youthful magazine sales,he referenced the issue of “communicable disease” only as an illustration in passing and did not adopt the cited lower court opinion. Nor did he squarely address issues of the actual free exercise of religion, but instead focused on the reason for the rule. Further, Prince is an anomaly since courts have typically deferred to parental rights when motivated by religious beliefs (for instance, when it comes to the right to homeschool).

Prince also stands in contrast to Cantwell v. Connecticut, in which the Court overturned the convictions of three Jehovah’s Witnesses who had violated a state law prohibiting solicitation of money for religious organizations without state licensing. The Court found that the licensing requirement laid “a forbidden burden upon the exercise of liberty protected by the Constitution.”2

So if Prince does not provide a usable precedent, where is the line between the state’s interest and the church’s interest in freely exercising its religion? Must religion remain firmly ensconced within the borders of public safety, where no amount of danger, no matter how minuscule, can be tolerated, or must religion be given free rein to run roughshod over all reasonable safety barriers? And is there a there a middle ground between the apparent licentiousness of religion and the restrictiveness of public order?

While Prince may strike a glancing blow off the corner of free exercise rights, Employment Division v. Smith, launched a cruise missile directly into the heart of free exercise. In Smith Justice Antonin Scalia ruled that a general law of neutral applicability was legitimate, even if it adversely affected religion. Justice Sandra Day O’Connor’s concurring opinion found the rule against ceremonial use of peyote demonstrated some interest in public safety and could justify the burden it placed on the Native Americans who used it in religious ceremonies. Justice Harry Blackmun, in his dissent, actually did a much deeper dive into the issue and concluded that the state had presented only a “symbolic” and “speculative” interest in enforcing the laws and that there was no evidence the religious use of peyote had ever harmed anyone.3

Against this backdrop, a strict reading of Smith would probably uphold state statutes that prohibit churches, among other groups, of meeting regardless of how much evidence there is or is not of any harm caused when churches meet in ways that maintain social distancing and where they actively engage in anti-viral measures. States may even go so far as to argue that their statutes do not have to meet a health and safety threshold to escape free exercise scrutiny. Some might even argue that the policies are primarily symbolic and even speculative, but even then are still enough to overcome a free exercise right.

In the 30-year disastrous wake of Smith, the right to free exercise of religion has weakened considerably to the point where it is often simply a secondary right. Although the Religious Freedom Restoration Act (RFRA) (1993) restored it as far as federal prohibitions on free exercise are concerned, states have had to pass their own state-level RFRAs against ever-increasing odds as free exercise has morphed into a code word for “right to discriminate.” Significantly, states that have RFRAs in place have had a much harder time compelling churches to close, while churches in states without RFRAs have no such shelter.

In at least one state, rules that exempt churches from “neutral” meeting prohibitions have been accused of violating the establishment clause. However, the Supreme Court has upheld exemptions from otherwise neutral employment discrimination laws in Corporation of the Presiding Bishop of the Church of Jesus Christ of Latter-Day Saints v. Amos (see also Estate of Thornton v. Caldor, Inc.).4This is an assertion that is currently being challenged in the ministerial exemption cases that the Supreme Court heard on May 4, 2020.

Although Smith has extended a long shadow over the entirety of free exercise jurisprudence, it is at the crux of a new case that the Supreme Court has decided to hear, Fulton v. City of Philadelphia.5 In Fulton a Catholic religious foster-care agency and ministry of the Archdiocese of Philadelphia is being shut down by the city because the agency refuses to provide written endorsements for same-sex couples. The archdiocese argues that the city changed its “neutral policies” to specifically target the Catholic agency, and therefore, despite appearances, the policies are not neutral and generally applicable.

Others have argued that restrictions that prohibit gatherings impermissibly target churches because grocery stores or other retail establishments are allowed to remain open. But as the United States District Court in the District of Maine pointed out in Calvary Chapel of Bangor v. Janet Mills,6 these restrictions also target schools, movie theaters, concert halls, sports venues, and houses of worship, where “people sit together in an enclosed space to share a communal experience,” and therefore the restrictions are imposed equally and do not single out churches. However, there may be fact-based assertions that not all churches are insisting on communal worship, and can offer alternatives that more closely mimic those of retail establishments. For instance, a church in California had a walk-through Communion service in which parishioners lined up at intervals outside the door and walked through to receive the bread and wine. Others have drive-up services, in which congregants drive to a church parking lot and, with their windows up, listen to services broadcast on low-power FM transmitters to their cars.

However, stepping back from the constitutional arguments, churches may, in fact, benefit the most from other statutory provisions that limit the statutes. For instance, one could argue that in order for Smith to restrict free exercise, there must be an actual law passed by a legislative body, not just an executive’s rule that may change from day to day. Most prohibitions on churches have been levied at the state and local level, where governors and mayors have assumed “emergency” powers and have imposed shifting rules by decree, not statute. And these are time-limited. For instance, in Wisconsin, the governor may declare a state of emergency, but it “shall not exceed 60 days” unless it is extended by the legislature.7 After this point it is expected that the legislative rulemaking procedures may be followed. Accordingly, the Supreme Court overturned the governor’s unilateral stay-at-home orders.8

Other state and local administrators and elected officials have reversed their plans after public outcry.For instance, the mayor of Kansas City, Missouri, abandoned a policy he issued that would require houses of worship and other businesses to keep records of people who entered their buildings, even if they observed all numerical and social distancing requirements. Other state and local governments have also made contact tracing requirements voluntary after people expressed concern about the invasion of privacy, a topic that Americans are particularly sensitive to following the revelations concerning Cambridge Analytica’s improper collection of Facebook users’ personal data to engage in what has been described as “political-voter surveillance.”9

The rights of churches to assemble, even when granted, is not without its risks, and in several high-profile cases attendees have inadvertently spread the virus to others. Until the risks of COVID-19 are sufficiently mitigated, it may be best to observe the rules and encourage members to stay home even if, as is the case in Wisconsin, all stay-at-home orders are invalidated. Constitutionality does not mitigate against the health or legal risks, and houses of worship leaders should consult with health professionals, attorneys, insurance companies, and administrative structures familiar with their local laws and health risks before opening.