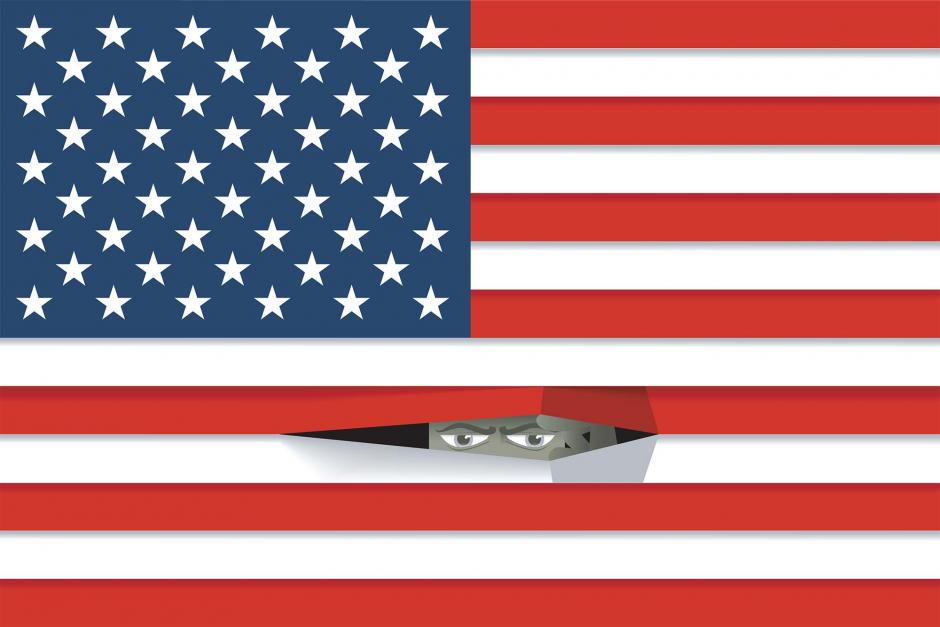 Dressed in an all-white suit with a white tie, attorney Joe Brandon, Jr., paced back and forth in the county courthouse in Rutherford County, Tennessee, peppering witnesses with incendiary questions. On some of the six days of the proceedings, Brandon wore brightly colored ties with checkered shirts and checkered suits. In all of his looks, he channeled the brash comedians from the 1950s and 1960s—except that Brandon’s stage was an American courtroom, not a comedy club, and in this courtroom, Islam was on trial. To him and the plaintiffs, Islam was not a religion.

“Isn’t it true that in the Qur’an, Muhammad had a six-year-old wife that he had sex with. . . . Is that your idea of what a religion is?”

“Sharia law includes instruction on how to beat your wife, . . . How is Sharia law going to affect our society, our jobs, and our freedoms?”

“How can something be called a religion that promotes the abuse of women?”

“Do you believe in having sex with children?”

The litigation was organized by lobbyist Laurie Cardoza-Moore, who, along with other opponents, filed a lawsuit against Rutherford County to block plans for a mosque to be built by local Muslim-Americans. The Islamic Center of Murfreesboro (ICM) had legally purchased the 15-acre vacant lot and received approval from the regional planning commission for plans to build a 52,000-square-foot complex that would include a prayer hall or mosque, a swimming pool, playground, gym, and walking trail. ICM erected a sign that announced the site of its future home. A month later vandals spray-painted “Not Welcome” on the sign in purple and black, the “t” shaped like a cross. A second sign was also destroyed. Soon after, ICM’s construction materials and equipment were lit on fire and its walls defaced with graffiti.

Yet it was not vandals and arsonists but Islam that was now on trial.

An organized opposition to ICM began after The Daily News Journal announced that the regional planning commission had approved the center. Six hundred protestors descended upon the commission at its July meeting to demand that the board revoke its approval. They dressed in American flag shirts and t-shirts with the slogan “Vote for Jesus.” They carried signs saying “God bless America” and held Christian group prayers. They styled themselves as defenders of faith and country against murderous Muslims.

“Everybody knows they are trying to kill us. People are really concerned about this. Somebody has to stand up and take this country back.”

“They seem to be against everything that I believe in, and so I don’t want them. . . in my neighborhood spreading that type of comment.”

“Our country was founded through the founding fathers—through the true God, the Father, and Jesus Christ.”

“We have a duty to investigate anyone under the banner of Islam.”

Cardoza-Moore’s group, Proclaiming Justice to the Nations, calls itself a counter-jihad movement and claimed that ICM was part of a vast conspiracy with Islamic militants abroad to take over middle Tennessee. PJTN funded the lawsuit and filed it on September 17, 2010. They paid one witness $3,000 to read pages and pages of anti-Muslim tracts pulled off the Internet and patched together.

The judge, Chancellor Robert E. Corlew III, said he was “not clear on the purpose of his testimony here,” but permitted it anyway, as he permitted other nonexperts’ testimony as well as documents that were not proven legitimate. The “circus,” as a county attorney called it, went on for six days, with plaintiffs’ attorney Brandon examining witnesses by asking nonsensical questions, such as, “Do you want to know about a direct connection between the Islamic Center and Shariah law, a.k.a. terrorism?”

In response to the county commissioner, who contradicted Brandon by saying that the federal agreement does recognize Islam as a religion, Brandon replied, “Are you one of those people who believes everything the government says?”

CNN covered the controversy in its hour-long documentary, “Unwelcome,” as did reporters and columnists in local and national newspapers. Some drew parallels to another case that took place in a different time zone a hundred miles and a hundred years away, in Dayton, Tennessee—the attack on evolutionary science at the Scopes monkey trial in 1925. The Tennessean, based in Nashville, reminded its readers that in 1929 the establishment of another house of worship—a Catholic church for immigrants from Ireland, Italy, and Germany—had also been opposed. In both legal cases, it could be said, reason ultimately prevailed. Science could be taught in schools, and religious liberty was upheld.

The mosque received a temporary certificate of occupancy on August 7, 2012, just in time for Ramadan. On August 10, 2012, ICM held its first Friday prayer service in the new mosque. Today the controversies rage on. In June 2017, almost a decade since ICM’s saga began, vandals attacked the mosque once again. A 19-year-old was charged. He would have been 7 when objections to the mosque’s existence first arose.

I know what Imam Ossama Bahloul and his congregation felt when Brandon demeaned their faith in front of a national audience. I gasp every time I hear the same questions—from enraged commentators glaring from my TV screen or yelling on the radio. The words jump off my laptop screen when they’re delivered in a hateful e-mail. They weigh heavy on me during my public talks whenever an audience member rips into my faith and tries to chip away at my dignity. I dread the day my young children will face those questions too.

It’s a plight all American Muslims can relate to. Our institutions struggle against these perceptions every day. After all, ICM was not alone. Its troubles came on the heels of a nationwide controversy in 2010 around the proposed “Ground Zero mosque” in New York City. Despite the name given to it by its opponents, the proposed project was neither a mosque nor at Ground Zero; it was instead an Islamic cultural center two blocks from the World Trade Center site. Then-mayor Bloomberg came out unequivocally in support of the Muslims’ right to build, but others, including then-president Obama, waffled in their support, contrasting the right to build with whether it was “right” to build the center.

Since then, almost every other mosque construction project in the U.S. has had to labor for years for basic zoning approvals because of protests by neighboring residents. The residents insist that the mosques are Trojan horses for extremists infiltrating America and plotting a takeover. “Sharia” is trotted out as a bogeyman that will, if mosques are permitted and Muslims allowed to express their faith, subvert the U.S. Constitution and destroy American values. “Islam is not a religion,” these opponents insist. “It’s a political ideology. And it should not be protected by the First Amendment.”

This opposition threatens the American constitutional order more than any mosque or Muslim. It bans immigrants from Muslim countries and splinters families. It limits the ways Muslims order their personal lives, write their wills, or effectuate their divorces—which is the real, intrusive effect of the 217 “anti-Sharia” laws proposed in 43 states. It makes some Muslim women inheadscarves afraid to leave their homes. It keeps people away from mosques, for fear of being monitored by surveillance cameras outside or by undercover agents in their midst.

The claim that “Islam is not a religion” does not affect Muslims alone. It affects all Americans. My recent book, When Islam Is Not a Religion: Inside America’s Fight for Religious Freedom, explains why. In a nutshell: For religious liberty to survive at all, it has to be for everyone. To protect only some is to protect none, because if we are not consistent in our application of religious freedom, religious freedom will eventually cease to protect anyone. You cannot protect your rights in the long run if you do not protect others’ rights now.

When people try to carve out exceptions to religious freedom, they also inevitably cede power to the government to regulate beliefs it does not like—and while Islam may be the disfavored religion in America today, tomorrow that religion might be yours!