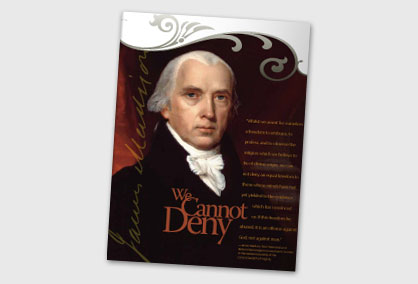 Whilst we assert for ourselves a freedom to embrace, to profess, and to observe the religion which we believe to be of divine origin, we cannot deny an equal freedom to those whose minds have not yet yielded to the evidence which has convinced us. If this freedom be abused, it is an offense against God, not against man.”

James Madison, from “Memorial and Remonstrance Against Assessments,” written to the General Assembly of the Commonwealth of Virginia.