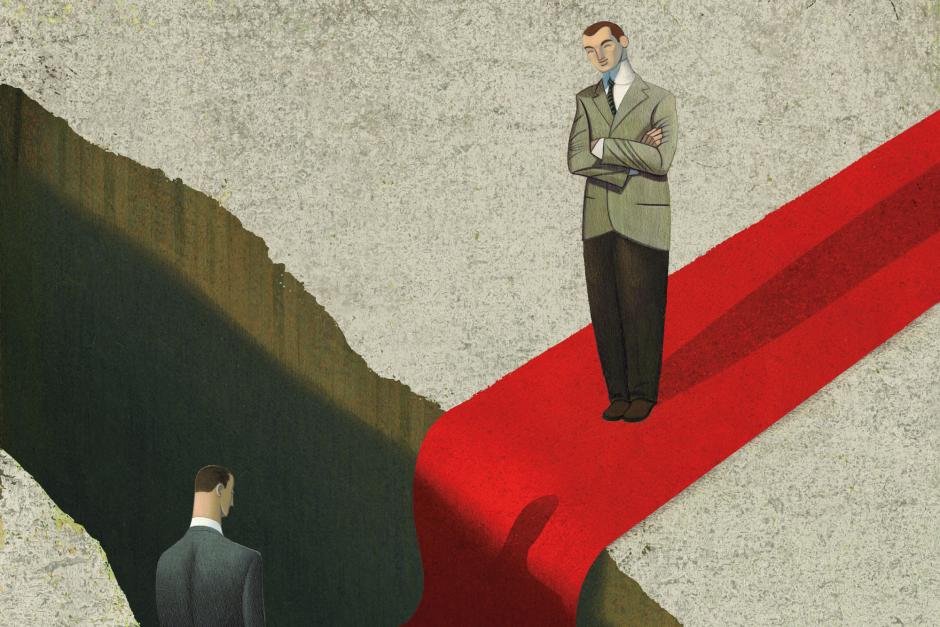 ​When Reasonable Accommodation Is Not - Part 3: Title VII and Beyond

“We live in an era of uncertainty and anxiety about jobs. Workers who require religious accommodations are particularly vulnerable in this environment. With the abundance of people eager for employment, workers needing an accommodation face a perilous choice: ask for an accommodation that might precipitate loss of the position or compromise their religious belief in order to keep employment.

The Hardison and Philbrook cases have created a landscape for employees that is counter to the intent of Title VII. The amendments to Title VII that added religion as a protected category were enacted to ensure that employees with religious and workplace conflicts would be able to resolve the conflicts in a way that would enable the employees to meet both sets of obligations.1 While not all conflicts could be resolved in favor of the employee’s religious obligations, the focus was squarely on how to help the employee.2 The reasonable-accommodation regime that has evolved has taken the focus off helping the employee resolve the conflict. Instead, the focus is on how to minimize the burden on the employer in resolving the conflict.

Although Title VII seems to require a broad reading of accommodation, courts have been reluctant to read it broadly.3 Courts generally find either that if an employer were to provide an accommodation that the employer would suffer a hardship, or that any accommodation provided by an employer is sufficient—and therefore reasonable—and meets the standards of Title VII.4 Judges have generally not been willing to require deviation from rules of general or neutral applicability in religion cases despite Title VII’s seemingly broad mandate.5

By using the approach toward reasonable accommodation that the Americans with Disabilities Act (ADA) uses, employees who are facing conflicts between their religious practices and workplace rules will have a more even playing field when attempting to negotiate an accommodation. The approach taken by the ADA requires more of an accommodation by the employer. This section looks at how Title VII currently handles accommodations and suggests how required accommodations might be different if the ADA approach were used.

The test for proving a case of religious discrimination is fairly straightforward. In order to prove a prima facie case, an aggrieved employee must prove: (1) that he/she has a religious practice, belief, or observance that conflicts with a requirement of employment; (2) that the practice, belief or observance is required because of a bona fide belief of the employee; (3) that the employer has actual notice of the conflict; and (4) that the employee has suffered or will suffer an adverse employment action because of the employee’s noncompliance with the employment requirement.6 This test is usually not where the problem arises for employees, however. It is the next step in the process of employment-discrimination claims where employees usually fail.

For religious employees who seek an accommodation by their employers to meet religious obligations, the Hardison and Philbrook decisions could not have been less welcome. An employer’s responsibility to accommodate an employee’s religious needs has been narrowed to such an extent that the employer can meet its burden merely by offering a token accommodation.10 As a result, many accommodations sought by employees have been found to create an undue burden.11

The slim legislative history of Title VII contemplated that employees and employers would work together in order to achieve an accommodation that balanced the employee’s religious need and the employer’s need to run a business.12 This cooperation not only would have spread the burden more equitably, but would also have contributed toward creating a workplace that contains diverse viewpoints. Despite the anticipated cooperation, the religious employee seems to be the party who bears the greatest burden in obtaining an accommodation. Because of the de minimis undue hardship standard of Hardison and Philbrook, employers need not do much to accommodate the needs of employees who have a religious conflict at work.

If an employee does not cooperate with an employer in attempting to reach an accommodation, he/she has no chance of being successful in a religious discrimination claim.13 Courts have recognized this duty of an employee to cooperate in finding a reasonable accommodation. In a Massachusetts case, an employee filed a complaint against her employer after she was fired for wearing facial piercings at work.14 The employee claimed that she needed to be groomed in that manner because of her religious beliefs.15 The First Circuit ruled in favor of the employer, finding it would place an undue hardship on the employer to require him to allow the plaintiff to wear her facial jewelry.16 The First Circuit, quoting from the district court opinion, stated, “[The] search for a reasonable accommodation goes both ways. Although the employer is required under Title VII to accommodate an employee’s religious beliefs, the employee has a duty to cooperate with the employer’s good faith efforts to accommodate.”17

Accommodations That Do Not Directly Implicate Financial Concerns

One commentator who discusses the courts, treatment of shift swaps indicates that the courts are “ambivalent” toward religious-accommodation claims.28 Shift swaps are similar to day-of-worship accommodations, but not identical.29 Shift swaps occur when an employee needs a day off for a religious observance, and the employer allows the employee to swap shifts with another employee rather than granting leave directly.30

From a purely legal standpoint, the shift-swap accommodation does appear to be reasonable even if there is no employee readily available to swap shifts. However, from a policy viewpoint, this situation is problematic. If one of the goals of Title VII is to enable religious employees to practice their faith, within reason, while keeping their jobs,34 the shift swap solution does not achieve that goal if no second employee is willing to swap. That would place the “religious” employee in the position of having to choose between his/her job and his/her faith, which is contrary to the goals of Title VII.

In summary, courts have taken a pro-employer view of what constitutes a reasonable accommodation. This narrow view is contrary to the congressional intent for Title VII religious-employment-discrimination cases.35

Religious Discrimination Claims Are Different Than Claims Based on Race, Color, Sex, or National Origin

People of faith who claim religious discrimination in the workplace are seeking an accommodation. They wish to work a different shift, or not to work a particular day, or to wear something that nonreligious employees are not allowed to wear. In other words, they wish to be treated differently. Employers have a duty to accommodate those needs. Employees who claim workplace discrimination based on race, color, sex, or national origin are seeking the opposite—they wish to be treated the same.39

Although the Title VII religion cases focus mostly on the accommodation of the employee, employers use neutrality as a defense for making accommodations.40 While neutrality is a principle applied in cases that deal with discrimination in the other Title VII classifications, it is not an intuitive principle in the religion context, as there is a mandate for employers to accommodate their employees.41

Professor Karen Engle has examined neutrality in the Title VII religion cases and has found two trends. One is that courts will consider a workplace rule neutral because it does not discriminate against any particular religion and, in fact, disallows all religious practices.42 This neutrality, however, ignores the fact that Title VII contemplates that employees will and should be treated differently in order to resolve conflicts between religious practice and workplace rules.

Additionally, the question of whether all religions have been treated the same focuses on the employer’s perceived need to have religious neutrality in the workplace. Although an accommodation should not favor one religion over another, an accommodation is not suspect if it only reaches one religion.43 The focus, instead, should be on the need to ensure that the religious employee is able to meet both his/her religious and workplace obligations. That focus is in keeping with the goals of Title VII.44

Another view of neutrality is that courts may deny claims on the grounds that the employee was treated the same as other employees.45 This claim of neutrality, however, does not acknowledge that religious employees have a need to be treated differently through an accommodation.

Additionally, Title VII defines religion as encompassing all aspects of religious observance, practice, and belief.50 Employers must accommodate an employee’s religious observance and practice of belief unless that would pose an undue hardship to the employer.51 Thus, the words of the statute call for employers to accommodate the religious needs of their employees and, in essence, religion itself.52

Religion Is Not Immutable

A major difference between religion and the other Title VII categories is that religion is not “immutable.” Religion is not a physical trait like gender or race. While one can be “born into” a particular religion at birth, like national origin,53 that is not a perfect analogy. Religion is more likely to be something that is initially chosen unlike the other categories. Religion deals with how one lives one’s life and what one believes. As Professor Engle puts it, religious practice can be both compelled and voluntary.54 Whether one considers that practice compelled or voluntary is a central question in Title VII religious discrimination cases.55

Not only is religion not immutable; it is something that is a choice and yet is not a choice. Most religious persons at some point in their life make a decision to follow a particular religion. That choice may be a conscious choice made because of attending worship services or some life-changing experience. The decision can be a choice that is made over time, as when a person is born into a particular religion. In any event, a choice is ultimately made.

For example, there is no question that an Orthodox Jewish person will not work from sundown on Friday evening through sundown Saturday evening. That is his/her Sabbath, his/her day of rest, and it would be unthinkable for him/her to even consider doing secular activities on that day. It is as much a part of his/her being as the color of his/her hair.

Despite the accommodationist nature of Title VII, courts have been reluctant to grant accommodations to employees.59 This might be because Title VII is an anti-discrimination statute, and courts are unwilling to seem as if they are endorsing religion.60 Additionally, courts seem unwilling to impose much, if any, burden on employers to accommodate their employees’ religious needs.61 This reluctance to provide accommodations in religion cases actually makes them similar to the race, gender, and national origin cases.62 And, as such, employees face a burden that they should not have to face.

Keith Blair heads the Blair Law Firm in Columbia, Maryland. He has served in the U.S. Department of Justice, where he litigated a number of tax cases. He has also served as the director of the tax clinic at the University of Baltimore School of Law.

22See Bruff,244 F.3d 495 at 501 (“Once the Medical Center establishes that it offered Bruff a reasonable accommodation, even if that alternative is not her preference, they have, as a matter of law, satisfied their obligation under Title VII”).

42 Engle, supra note 3, at 392 (citing United States v. Bd. of Educ., 911 F.2d 882 [3d Cir. 1990]). Professor Engle relates a case in which a federal appeals court upheld the dismissal of a Muslim teacher for wearing religious garb. The court found that if the teacher had been accommodated, the school district would have run afoul of a state law banning the wearing of anything that indicated that the teacher was a member of a particular religion. United States, 911 F.2d 882, 891 (3d Cir. 1990).