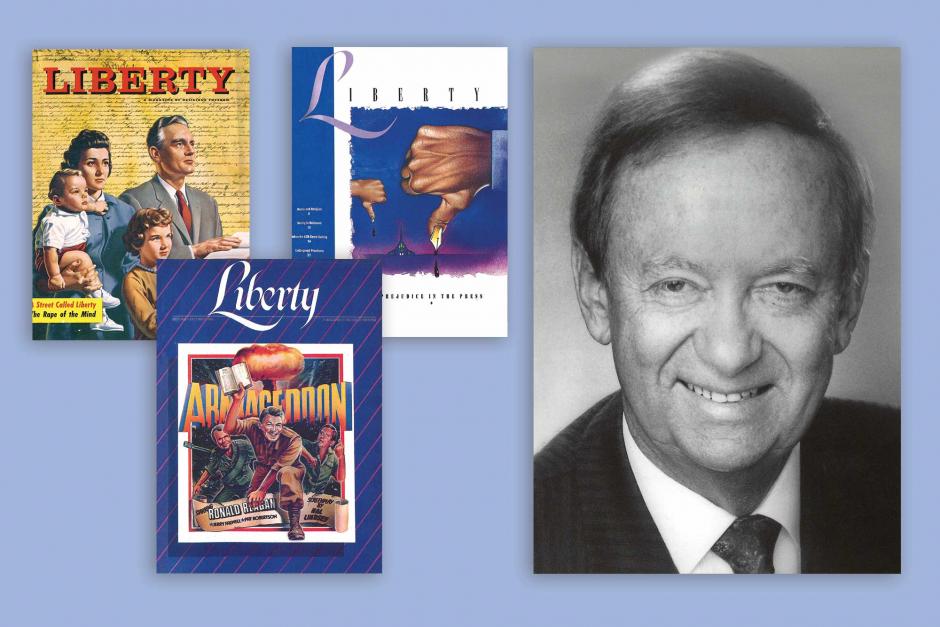 Only a few days before this issue of Liberty went to press its longest-serving editor went to his rest.

Roland R. Hegstad edited Liberty for one-third of its tenure. For many of us in the religious liberty world he had long since become a legend. For me, a Seventh-day Adventist editor, he had long been a role model. After all, I grew up hearing his dynamic and exciting presentations of religious liberty challenges around the world. And as I began to read books and magazines, “his” Liberty was always high on my list. For me it became the benchmark Adventist publication: glossy, substantive, and always interesting.

As I look again at the bracket of time he was editor, it strikes me how closely it matches the era of the cold war. It was a period when American power was at its zenith. It was the time when the United States projected its Christian underpinnings as an antidote to global secular Communism. It was also a time of global realignment with the demise of empire. And as peoples struggled to be free of old constrictions, the United States showed the way during the civil rights era. Roland was there through it all, editing an ever-maturing magazine.

Within Adventism he and several of his fellows continued the preeminent role of the editor in its expansion. For early Adventists, the editor was the engine driving church thought and expansion. That was the model Roland Hegstad followed.

As a young man, I listened in awe as he explained how more than two generations earlier some had tried to turn the Sentinel of Liberty (the precursor to Liberty Magazine) into more of a secular, legal treatise on religious liberty and other civil liberties. As he explained how Ellen White, Adventism’s visionary cofounder, interrupted their plans and set it on its present course, I was charged with the model he presented. Yes, Roland was a good editor and writer—as you might expect. But he was more: he was the guiding light, the embodiment, of Liberty itself. It was an extension of him. To me that is his legacy.

Thirty-five years is a working lifetime. It is unlikely to be equaled. C. S. Longacre was editor from 1913 to 1942—29 years. And I am moving toward my twentieth year. But time alone does not accomplish what vision and force of personality added to Roland Hegstad’s contribution. Roland Hegstad—Mr. Liberty! Good job, Roland.